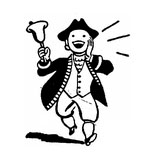 A high-ranking Vatican official suspended after being caught on hidden camera making advances to a young man and asserting that homosexual sex was not sinful says he is not “gay” but was only pretending to be “gay” as part of his ministry. In an interview published in Italy’s La Repubblica, Msgr. Tommaso Stenico explained that he frequented online “gay” chat rooms and met with “gay” men as part of his work as a psychoanalyst. He said that he pretended to be “gay” in order to gather information about “those who damage the image of the Church with homosexual activity” (Associated Press, Oct. 14). Msgr. Stenico, who heads an office in the Vati­can’s Congregation for the Cler­gy, the main office overseeing all the world’s priests, claims to have “a detailed dossier” of all the homosexual clerics, including bishops, who work at the Vatican. He is reported to have drawn up the list out of resentment at having had to wait so long to be named a bishop (Agence France-Presse, Oct. 22).

British Firemen who shined their flashlights at four men they found in compromising positions in the bushes of a local park have been disciplined by their bosses. The crew spotted the men engaged in illegal outdoor activity in the English city of Bristol around 10:30 PM. One of the men in the bushes complained to Bristol’s Avonmouth station, accusing the four-man crew of being “homophobic.” The firemen, who have 26 years of service between them, were then suspended for three months and fined £1,000 each. The fire department has also said it plans to donate the money raised from the fines to a “gay rights” charity called the Jamaican Forum for Lesbians, All-Sexuals and Gays. No action has been taken against any of the men believed to have been involved in illegal activity in the bushes (Evening-Standard, Oct. 4).

Police in Gallup, New Mexico, were called to Bishop Donald Pelotte’s home early on the morning of September 27. According to a police dispatch transcript, Pelotte made an emergency call claiming that four unknown people were in his home and refused to leave. Pelotte reportedly said the intruders were “gentle” people, that they were wearing masks, and that they were between three and four feet tall. After searching the bishop’s residence, police found no evidence of intruders. Two months earlier Pelotte was found seriously injured behind his locked bedroom door by the Chancellor of the Gallup Diocese. Pelotte claimed he had fallen down his staircase, although an emergency room physician at Rehoboth McKinley Christian Hospital, suspecting the Bishop may have been battered, alerted the police (KOAT.com, Oct. 1).