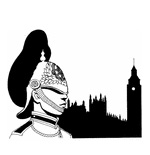 A ROUND OF VISITS ACROSS DECAYING CHRISTENDOM

By Kenneth Colston | April 2019
Kenneth Colston, a retired teacher of languages, resides in St. Louis. His articles on literature have appeared recently in Logos: A Journal of Catholic Thought and Culture, Saint Austin Review, The New Criterion, Homiletic and Pastoral Review, Crisis, and First Things.

It is difficult to travel free of the ideas we pack into our luggage. The mind seeks comfort and confirmation more than discovery and adventure. This truth perhaps explains G.K. Chesterton’s denial that travel is broadening, but that remark is only part of the story of leaving home for temporarily greener grass. Yet reality forces discovery on the observer if only he will loosen his grip on his received notions — which is much easier to do than giving them up entirely. And so we strike out, pretending to be receptive, but really looking for what we think we already know. Yet we are occasionally genuinely surprised.

Before I arrived in London on a literary and religious pilgrimage after a 40 years’ absence, I thought I already knew that English theater is the glory of our mother tongue, and I suspected I knew why: They watch it live in small spaces throughout the realm; they subsidize it with government support; they actually speak aloud to each other, ineluctably and with showmanship, on their crowded isle; and they nurture Shakespeare in school from an early age. After seven plays in nine days, I was left in awe of the verbal expressiveness and precision of not only actors but even museum guides and barflies, owing in part to the guild culture that stretches back to the medieval period.

“It’s a job,” my actor friend Steve Morley said proudly. Having studied theater not as a university student but as a thespian apprentice, he’s now a drama master at the prestigious London School of Girls near Cripplegate, smack against Shakespeare’s parish church of St. Giles and paces away from the Huguenot Mountjoy House (no longer standing) the Bard rented when writing Macbeth and King Lear. Steve shuffles 20,000 paces a day, according to his Fitbit, and he makes his own apprentices move in tandem pairs by improvising dance steps without dropping the sticks they hold aloft by index fingers. Then he pulls away the sticks in mid-performance. It’s a technique to teach troupe unity Steve derived from the extreme-movement exercises of Jacques Lecoq and Theatre de Complicité. His pupils begin to memorize their lines and moves at age nine or ten, and they are nearly bound in trade by the end of what used to be called O-levels, or now Secondary School Comprehensive Exams, after which they specialize in two or three subjects, such as drama and English literature. “Know your lines and moves,” Sir John Gielgud told Steve when Steve asked him for tips on playing Hamlet. “And get yourself a sleep in the dressing room.” It’s a job.

“It’s our job, sir,” a barman said to me as he dramatically pushed away a pound tip I had slipped quietly on the bar, not meaning to insult this proud craftsman for drawing me a sample half-pint when I mentioned that I loved bitter ale.

Cultural practices die hard, thanks, in no small part, to the great poets. Geoffrey Chaucer…