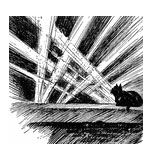 That Hideous Strength. By C.S. Lewis.

Sham journalism, fake news, engineered social chaos, destruction of property, incipient totalitarian rule, serial misuse of the word science — it sounds a lot like America in 2020. It’s also the fictional fabric of That Hideous Strength (1945), the final installment in C.S. Lewis’s Space Trilogy. The novel follows the moral descent and recovery of Mark Studdock, a promising young professor of the “Progressive Element” at the fictitious University of Edgestow in the imagined years following the Second World War. A sociologist by training and an academic by temperament, Mark is recruited by the influential Lord Feverstone to join the National Institute of Co-ordinated Experiments (N.I.C.E.), a prestigious fledgling organization of top-tier scientists that has recently moved into Edgestow, a quaint English village, the size and beauty of which are quickly crushed by the institutional juggernaut. When the university sells land to the N.I.C.E. and invites the Institute to be incorporated into the university, no one at Edgestow is quite sure what the N.I.C.E. is or intends to do once arriving on campus. However, the fact that the N.I.C.E. involves the bustling work of scientists, worshiped back in the 1940s as much as they are today, is enough to earn it a collegiate warm welcome.

As Mark’s recruitment unfolds, he discovers that the N.I.C.E. is Britain’s “first attempt to take applied science seriously from the national point of view.” The Institute marks the beginning of a new era, he is told, “the really scientific era” — an era in which science will become the national idol. The N.I.C.E. is ostensibly an “instrument” that intends to use “science” to solve social problems — the unemployment problem, the cancer problem, the housing problem, the problems of currency, of war, of education — all backed by the full force of the state. In other words, Feverstone explains, the N.I.C.E. will use the justification of “science” (or, more accurately, that which it passes off as science) to control the social order, to “create a new type of man.” How to get there? “At first — sterilization of the unfit, liquidation of backward races, selective breeding. Then the real education, including pre-natal education,” Feverstone says. “It’ll have to be mainly psychological first. But we’ll get onto biological conditioning in the end and direct manipulation of the brain.”

Mark is fascinated. The aims of the N.I.C.E. appear to align perfectly with his own moral and sociological convictions, and the implicit promise of power and control is irresistible, especially since Mark can rationalize that it’s all for the betterment of society and the evolutionary improvement of mankind — at least from his leftist perspective, a perspective Lewis takes great care to satirize with light-hearted humor. At the same time, Mark is perhaps too young, too naïve, and too inexperienced with the wiles of the world to realize that the same “power and control” that tempt him will necessarily become his own moral straitjacket, one that will force him to keep doing the bidding of the N.I.C.E. no matter what immoral path the Institute’s “science” will lead him down, no matter what moral misgivings might begin to prick even his ill-formed conscience.