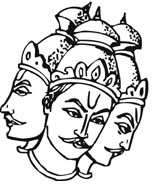 ECONOMICS AND THE DIGNITY OF THE PERSON

By James G. Hanink | November 1993
James G. Hanink is Professor of Philosophy at Loyola Marymount University in Los Angeles, and Associate Editor of the NOR.

There is a growing sense of the pressing need to move beyond the confused and sterile categories of Left and Right. Perhaps the awareness that rethinking is in order is more acute for most observers with respect to the Left. We have recently witnessed the stunning collapse of state socialism. Much of the Left in the West was either directly im­plicated in sustaining state socialism or willing to tolerate, to various degrees, the now universally ac­knowledged crimes, often heinous, committed in the name of Communism. Moreover, in Great Britain and Scandinavia, leftist policies seem at least partly to blame for compromising the economic vitality of whole societies. In the U.S. some welfare policies might well have contributed to the emergence of cycles of dependence and passivity that help entrench a growing and increasingly violent underclass. It is no wonder that a Louis Farrakhan strikes a respon­sive chord in many African-Americans and equally no wonder that both Clarence Thomas and Jesse Jack­son can find praiseworthy elements in his message. Statist benevolence can never supplant disciplined self-help. Moreover, the Left’s apotheosis of privacy has weakened the family, which is the critical center in the struggle against poverty.

But the Right lacks credibility too. Internationally, the Right has specialized in military dictatorships. Domestically, the Right has not done a credible job of disassociating itself from military dictatorships abroad. Moreover, the Right, with its touting of capitalism, is deeply implicated in the production of a consumerist culture in which things progressively displace people and nearly all aspects of our lives become commodities. The economic individualism of the Right helps drive the cultural individualism accelerating the erosion of the family. The irony is tragic. Right-wing economic policies undermine the professedly conservative regard for family.

The demise of Communism has occasioned a triumphal glee among apologists for capitalism. But capitalism, whether of the radical or mitigated sort, must not escape our critical scrutiny. And there is a still fresh basis for criticism found in the personalist philosophy associated with Christians like Jacques Maritain and Emmanuel Mounier.

Radical capitalism shows the following salient features: Its basic moral claim is that individuals enjoy a nearly absolute right to property. Consequently, there are severe limits on the political sphere. Of course, those who have property can voluntarily tax their own property. To do so is often necessary to maintain public services and insure physical secu­rity at the local and national levels. Radical capital­ism, however, denies that there is any natural politi­cal order that could place morally binding restric­tions on the acquisition and use of private property.

The Splendor of Truth & the Squalor of Sin

Evangelizing is a tricky affair, make no mistake.