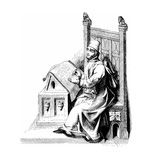 IN AN ABSENCE OF UNIVERSAL MORAL STANDARDS

On July 25, 1968, Pope St. Paul VI promulgated Humanae Vitae. Against all expectations, he maintained in this encyclical the Catholic tradition that has denounced contraception as a means of birth control. The encyclical faced great resistance, especially in the West. This article describes in a simply historical way the attempts of Pope St. John Paul II and Carlo Cardinal Caffarra, archbishop of Bologna, to overcome this resistance and convey the message of Humanae Vitae by presenting their analyses of marriage from the perspective of a philosophical and theological anthropology and the way in which they dealt with some misunderstandings over the Church’s call to “responsible parenthood.”

The key message of Humanae Vitae, and the source of its poor reception, is that “each and every marital act must of necessity retain its intrinsic relationship to the procreation of human life” (no. 11). Paul VI specifies that there are two types of significance of the marriage act — the unitive and the procreative — which are inseparably connected, and that spouses may not separate the two on their own initiative. From this it follows that “excluded is any action which either before, at the moment of, or after sexual intercourse, is specifically intended to prevent procreation — whether as an end or as a means” (no. 14).

The marriage act can only be an authentic expression of love between spouses when both of its meanings are respected. Paul VI notes that when married couples become one through sexual intercourse, the special physical expression of their love, on one hand, and procreation, on the other, cannot be considered two values to be weighed against each other.