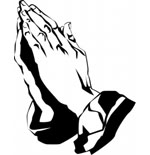 By Robert R. Allard | April 2010
Robert R. Allard, who returned to the Catholic Church in 1993 after a 25-year absence, is the founding director of the Apostles of Divine Mercy (www.DivineMercySunday.com). His articles have been published in various Catholic magazines and newspapers, and he has appeared at conferences and on numerous TV talk shows. Mr. Allard is available for seminars to provide information to priests and seminarians. He can be reached by e-mail at robertallard@divinemercysunday.com or by phone at 1-888-732-0722.

When Jesus first requested that St. Faustina work toward establishing the Feast of Mercy on the Sunday following Easter, she met with some resistance from her superiors. In fact, when she approached Jesus about it and told Him, “They tell me that there is already a feast and so why should I talk about it,” Jesus responded forcefully: “And who knows anything about this feast? No one! Even those who should be proclaiming My mercy and teaching people about it often do not know about it themselves. That is why I want the image to be solemnly blessed on the First Sunday after Easter, and want it to be venerated publicly so that every soul may know about it.”

There are three things to note here: One is the indication that a feast was already in place (although at the time that Sunday was known as “Low Sunday”); two, the need for priests to preach about mercy; and three, Jesus wanting the image of Himself as the Divine Mercy to be solemnly blessed and venerated on that day.

The feast our Lord requested was to take place on the Octave of Easter. This octave, the Church Fathers taught, is not only part of the Easter feast, it is the most important day, having within it the gifts Jesus wants to shower on all who turn to Him with trust and repentance. Those gifts, as Jesus explained, are the total forgiveness of sins and the remission of punishment for anyone who goes to Confession and receives Holy Communion on that day. Not celebrating this feast has the effect of diminishing Easter by restricting the reception of the very gifts Christ offers us.

For those who trust the wisdom of the Church and have a good understanding of the liturgy, the placing of Divine Mercy Sunday on the Second Sunday of Easter came as no surprise. Easter is such a great feast that it can’t be celebrated in just one day, but is to be celebrated over an eight-day period, culminating in a sort of “grand finale” on the last day. The importance of octaves originates in many of the Old Testament feasts. One of these is the Feast of Tabernacles, which receives prominent mention in the Gospel of St. John: “On the last and greatest day of the festival, Jesus stood up and cried out, ‘If anyone thirsts, let him come to Me; let him drink who believes in Me. Scripture has it: From within him rivers of living water shall flow'” (7:37-38).

Over the last half-dozen years, the New Oxford Review has undergone some changes in emphasis.…

Holiness. There was a palpable holiness around him. Though of course only the Church can…