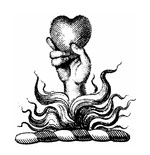 If Limbo Is Gone — Then It’s On to Universal Salvation

The International Theological Commission, a committee of 30 theologians who advise the Congregation for the Doctrine of the Faith, issued a document titled The Hope of Salvation for Infants Who Die Without Being Baptized (April 20, 2007). The Commission’s findings are not official expressions of the Magisterium, and they are not authoritative. But this document was signed by Pope Benedict XVI. Who knows what that means?

On the one hand, this document says, “This theory [Limbo]…never entered into the dogmatic definitions of the magisterium…. It remains therefore a possible theological hypothesis” (#1). On the other hand, it says, “This document…[is] speculative theology…” (#1) and is a “theological opinion” (#40). The document also says, “The church does not have sure knowledge about the salvation of unbaptized infants who die” (#79), and “We emphasize that these are reasons for prayerful hope, rather than grounds for sure knowledge” (#102). But the document essentially comes down on the side that there is no Limbo.

You can believe in Limbo — or not.

The document says that babies who have not been baptized go to Heaven because they have not committed any personal sins. They are not deprived of the beatific vision of God. But this document also says that everyone — babies and adults, good people and bad people — is entitled to salvation. Huh? We hear echoes of Hans Urs von Balthasar.

In Defense of Richard John Neuhaus

Neuhaus reminds us that although our culture is degraded, all Christians should take heart for through his cross and resurrection Christ has set us free.

Hoping that all will be saved – when Scripture says that some are lost – is like hoping that no one ever sins when we know that Adam and Eve sinned.