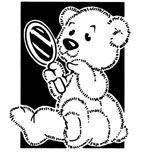 By Richard Anderson | April 2015
Richard Anderson is lecturer emeritus at California State Polytechnic University, Pomona, where he teaches critical thinking, argument, and advocacy. A forty-year veteran of the abortion battle, he has authored two books, numerous articles, and five plays on the subject.

A funny thing happened on the way to OneLife LA, Los Angeles’s first ever pro-life event marking the anniversary of the legalization of abortion in the U.S.: The plain truth that abortion is murder got lost. This event, which was co-sponsored by the Los Angeles archdiocesan Office of Life, Justice, and Peace, and was billed as a “celebration of life,” effectively reduced the significance of the genocide of the unborn to just another social matter on par with being impolite while in line at the grocery store.

In 1973, when people of good will recovered from the U.S. Supreme Court’s stunning Roe v. Wade decision, they began a course of action endorsed by almost every Christian religion: public and private confrontations with abortion providers and promoters, accompanied by visual and medical documentation proving that abortion takes a human life. These exchanges were, of course, seldom pleasant. Extolling the truth in the face of evil rarely is. Soon, however, many Christian agencies moved toward accepting abortion as a medical necessity that should be “safe, legal, and rare.” After this initial exodus, only a few religious institutions, most notably the Catholic Church, remained as major defenders of the unborn.

Catholics’ stalwart defense of innocent life separated the Church from a good segment of polite society. The lone-hero mystique may appear dramatic and appealing in the movies, but it is not something most of us enjoy experiencing in real life. And so, many Catholic clergymen began to soft-pedal opposition to abortion, not by denying the Church’s doctrine but by ignoring or diluting it. Two strategies effectively removed mention of abortion from discussions among Catholics. First, the topic of sexual ethics in general and abortion in particular became verboten in many chancery offices; subsequently, most pulpits went silent on these subjects too. As a result, the “Catholic in the pew” heard nothing about abortion, and was led to believe, by the omission of teaching to the obverse, that he could make up his own mind on the issue.

Second, the word pro-life became so watered down that it lost its meaning. Forty years ago, being pro-life meant that one opposed legalized abortion. Now, pro-life has grown to encompass virtually every laudable human act: One is pro-life when, for example, one buys a meal for a homeless person, donates to environmental causes, or signs a petition against human trafficking. One priest in California intoned a few years ago that being a good and patient driver in the parking lot after Mass fulfilled one’s requirement of being pro-life! If that’s the case, then it is not unreasonable to ask whether all non-violent human interaction is to some extent pro-life, and what precisely would not qualify as pro-life.