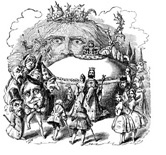 While reading various Christian defenses of the Harry Potter phenomenon (several of them having appeared recently in Our Sunday Visitor), I’ve noticed that three points are repeatedly made with little supporting argument. They need some scrutiny.

The first defense is that Harry Potter is just like The Lord of the Rings series and The Chronicles of Narnia series, both of which also contain wizards and magic used by both the good and bad characters. While this is true, the way in which magic is used and by whom is markedly different in the Harry Potter series. (Before I go on, it is necessary to mention that I have read all three series of books.)

In Narnia and Rings, magic is not a human trait, and good humans do not try to use magic without permission. In Narnia the only humans who use magic are Uncle Andrew in The Magician’s Nephew and Lucy in The Voyage of the “Dawn Treader.” Lucy is admonished by Aslan for spying on a friend using a magic book, and Uncle Andrew brings evil to Narnia using magic rings. Neither uses magic for good, and good doesn’t come of meddling in magic. Magical items are occasionally given to humans, such as the map in The Voyage of the “Dawn Treader” and the weapons given to Peter, Lucy, and Susan in The Lion, the Witch and the Wardrobe. However, these items are not made by men, are not capable of doing more than what they were originally intended for, and are not really incredible items. The map simply draws itself instead of being manually drawn, and the weapons don’t rust or break.

In Rings magic is part of the realm of the elves and the evil ones. Humans occasionally possess magical weapons and magical items such as the Silmarils, but they are always made by non-humans and frequently lead to bad ends. The lesson: Men must use their own strengths and not magic to achieve their objectives.

Transmitting Culture from Generation to Generation

The modern world's temptations are especially designed to dupe the young and to enslave them by money, indebtedness, entertainment, and sex.