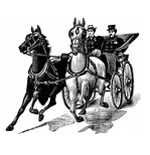 Victor Frankenstein witnesses two events early in life that will lead to his tragic demise. At age 15 he beholds the destruction of an enormous oak in his back yard as a lightning strike obliterates the tree before his very eyes, leaving nothing but a blasted stump. Like his historical contemporary Benjamin Franklin, Victor marvels at the power of electricity, wondering how he might harness this incredible force of nature. A few years later, as Victor is about to depart for medical studies at the University of Ingolstadt in Germany, his mother dies of scarlet fever after selflessly nursing her adopted daughter Elizabeth back to health. The aggregate of these two seemingly disparate events is an obsession that will consume — literally — the rest of his life and just about everyone he loves.

Victor, as the protagonist in Mary Shelley’s seminal Gothic novel, has few redeeming traits. Even apart from his unhealthy desire to harness the powers of nature for his own purposes, Victor is rash, imprudent, morally blind, subject to violent passions, and, above all, has little respect for the human person. “The world was to me a secret which I desired to divine,” Victor confesses after all is said and done. His Faustian thirst for knowledge leads him on a tragic quest to learn the “hidden laws of nature” and unlock “the secrets of heaven.” Victor boasts that he will “pioneer a new way, explore unknown powers, and unfold to the world the deepest mysteries of creation.”

That quest leads him at first to absorb the fancies of alchemists and astrologists like Paracelsus and Cornelius Agrippa, whose gnosticism beguiles Victor. Unfortunately, his own intellectual impetuosity blinds him to the important fact that these Renaissance philosophers trafficked in the black arts. Cornelius Agrippa, for example, claimed that the study of magic was the best means to know God and nature. Consequently, Victor himself dabbles in the occult, attempting to raise “ghosts or devils.” It isn’t surprising then that Victor, once he becomes a student of physiology, fancies himself a modern Prometheus bent on animating lifeless matter in an effort, he says, to “renew life where death had apparently devoted the body to corruption,” presumably so he can zap his mother back to life. In fact, in his efforts to understand the so-called mystery of life and secrets of heaven, he haunts the graveyards and charnel houses of Ingolstadt, digging up fresh bodies for scientific purposes: “I disturbed, with profane fingers, the tremendous secrets of the human frame.” What exactly Victor did to the corpses he doesn’t say, but he gives enough detail for us to imagine the rest.

Huxley articulates, through an engaging narrative, the underlying philosophies that in any century will dehumanize us and lead us away from God and all that is truly good and beautiful.

The novelist calls characters into being and prods them forth toward a closure which, once reached, turns all that came before radiant with meaning.