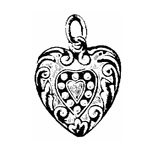 Flannery O’Connor & the Representation of Mystery

By Tracy Jamison | June 2010
Tracy Jamison is Assistant Professor of Philosophy at Thomas More College in Crestview Hills, Kentucky, and a Lecturer in Pre-Theology at the Athenaeum of Ohio.

I once handed a collection of Flannery O’Connor’s short stories to a fellow philosophy student and asked him to pick one at random and to read it aloud as we returned home to Cincinnati from a conference at Notre Dame. He picked one and read it to me in the car as I drove, and when he was done he put the book down and simply said, “Yes, that’s me alright.” He had recognized himself in the attitude of the main character. A few weeks later, he returned to the sacraments of the Catholic Church, from which he had been separated for several years.

Many of the characters in Flannery O’Connor’s stories undergo a kind of conversion experience, but this process is often portrayed with such subtlety that the reader is apt to miss it. Nevertheless, the stories leave a seed in the mind and heart of the reader that under certain conditions will take root and grow, eventually bearing fruit. O’Connor is able to communicate her personal vision with great skill and power, so that in some respects the reader will unconsciously begin to see the world as she sees it. The particular way she sees the world is by the light of the Catholic faith, but she is an artist, not a preacher, and her stories are not sermons. She writes only to produce something true to the human condition and good in itself, as an exercise of the artistic talent she has received (Flannery O’Connor, “The Nature and Aim of Fiction,”  in Mystery and Manners: Occasional Prose, selected and edited by Sally and Robert Fitzgerald; New York: The Noonday Press, 1969, p. 81). Truth and excellence, however, always have the spiritual power to transform those who have the humility to recognize them in a work of art.

O’Connor understands her art as the ability to communicate invisible mysteries symbolically by means of concrete descriptions of things observable to the senses. Thus, it has a great deal in common with liturgy. In a good story, O’Connor explains, there is a level of meaning that transcends the actual events in the story. Various details of the story acquire the function of symbols, and the literal level of the story is thereby elevated and directed toward the communication and contemplation of some higher truth. O’Connor believes that a good fiction writer is someone who necessarily and intuitively adopts a sacramental and liturgical view of creation and is therefore able to recognize and portray the spiritual in the ordinary (Ibid., pp. 70-73). In the subcreation of a good story, as in the human awareness of creation itself, the spiritual and the experiential are inseparable. This integration has its basis in the nature of the human person, whose knowledge of the world is both sensory and intellectual. Intellectual insight is necessarily and intuitively a matter of understanding some concrete reality presented to the senses or the memory. In good fiction, sen­­sory content is given a symbolic meaning and then presented to the imagination of the reader proposi­tionally and literally in order that its symbolic meaning might be transmitted and understood intellectually and spiritually.

Very often the subject of O’Connor’s literary art is the encounter of the human person with God, and in the contemplation of this particular subject her stories bear an even greater resemblance to Christian liturgy. God is present and active in the liturgy of the Church, working for the transformation of all who encounter Him there in the mystery of Christ through the power of the Holy Spirit. But He is also present and active in the concrete details of everyone’s life, working to reveal His providential love and to bring everyone to the recognition of the mystery of redemption and to the obedience of faith. Indeed, the encounter with God in liturgy presupposes the encounter with God in history, and this includes the encounter with God in the ordinary events of our own lives as He reveals Himself to us and calls us to find ourselves by entering into a personal relationship with Him. The fullness of this relationship is made available through the liturgy of the Church, in which Christ works in fullness for our transformation. But not everyone has the benefit of the full sacramental economy of the mystery of Christ; some are deprived of it altogether. O’Con­nor writes about the personal encounter with God in the context of the culture with which she is most familiar — the Protestant South in the mid-twentieth century — and she understands that culture as only partially formed by the mystery of Christ, and therefore as constantly threatened with the complete loss of the sense of that mystery.