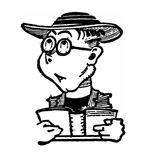 A favored tactic of Christian fundamentalists is to cherry-pick Bible verses that, in isolation, appear to undermine or refute certain Catholic doctrines or practices in favor of a Reformation novelty. And they have been very successful over the years in drawing uncatechized or nominal Catholics out of communion with the Church of Rome and into their sects.

One of the novelties of the Reformation is “the priesthood of all believers.” Martin Luther, in his Address to the Nobility of the German Nation (1520), argued that there is no real distinction between “temporal” and “spiritual” orders — i.e., between the laity and the clergy. “Whoever comes out of the water of baptism can boast that he is already a consecrated priest, bishop, and pope,” he wrote. True Christians have no need of “the tin gods and buffoons of this world, the pope with his priests.”

The key proof text fundamentalists use to combat what they consider Catholic buffoonery is Matthew 23:9, in which Jesus says, “Call no man your father on earth, for you have one Father, who is in heaven.” It is therefore unbiblical, fundamentalists argue, to call priests Father.

Catholic apologists have ably defended the priesthood against this charge, noting that Jesus wasn’t making a blanket statement here but was rebuking the Pharisees for being self-promoters (“they love the place of honor at feasts”) and placing onerous burdens on others, and He was using customary Hebrew hyperbole to make His point. This, however, is easily missed by fundamentalists who read the Bible exclusively in the literal sense and ignore the allegorical, moral, and anagogic senses of Scripture.

What the Church badly needs are leaders who are not afraid to stand in opposition to power, even if that means putting cash contributions in jeopardy.

False Mercy & the Integrity of Marriage

Cardinal Burke, the Church's foremost expert on annulment, said the process is "essentially connected with the doctrinal truth" of the Church, and changes should be considered with great care.