Volume > Issue > Confessions of an Ob-Gyn 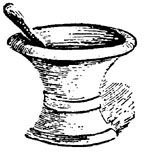 Confessions of an Ob-Gyn

A JOURNEY FROM DEATH TO LIFE

By Beverly McMillan | September 2001
Beverly McMillan, M.D., is a gynecologist in Jackson, Mississippi (and has recently discontinued practicing obstetrics).

Sometimes being a Catholic and trying to live up to the standards of the Church’s moral teachings can be a bit overwhelming. That was how I felt in 1990 when I came back to the Catholic Church. It had been a long absence for me.

Although I grew up in a traditional Catholic family in the 1950s (six children, parochial school, Mass every Sunday), I left the Church as a 19-year-old premed student, feeling that God was irrelevant to the science I was studying and to the “now” generation I was a part of. For a number of years I seemed to do quite well without Him. I graduated from medical school at the University of Tennessee in 1966, interned in Memphis, and went off to the Mayo Clinic to specialize in obstetrics and gynecology. Not only did I feel successful, I also felt I was a good and caring person. Who needed God or that archaic Catholic Church?

In 1969, as a second-year resident, I was sent for six months of training to Cook County Hospital in Chicago. For six weeks of that time I was assigned to a ward called the “Infected Ob” ward. To my surprise and shock, I found that the 15 to 25 women I admitted every night were recent patrons of Chicago’s back-alley abortion mills. They appeared at our emergency room bleeding, running a fever, and were found upon physical exam to have a tender, enlarged uterus. Every morning, my intern and I would have to perform another dilation and curettage (D & C) procedure on them (in which the cervix is dilated and the uterus then vacuumed) to remove whatever infected tissue the abortionist had left inside their uterus so they could get well and go home.

By the end of that six-week rotation, I was outraged. Looking at that experience as a secular humanist, I concluded that legalized abortion was the answer, and I wanted my medical profession to start offering safe “procedures” to women “in need.” So in 1973 when the Roe v. Wade Supreme Court decision legalizing abortion in the entire U.S. was announced, I was delighted. I celebrated by going out and buying a suction D & C machine and began offering first-trimester abortions in my own office practice.

Woe to the Bloody City!

“Find out how you can turn your patient’s decision into something wonderful” reads a brochure sent to abortionists by a fetal tissue “wholesaler.”

Sacred Scripture and the mystical tradition in the Church present our redemption by Christ in terms of a husband-wife relationship.