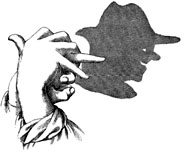 “Virtue and vice can be notoriously hard to distinguish….” That’s news to us, but so begins a lengthy cover article on “The Dutch Way” in the National Catholic Reporter (Oct. 19, 2001) concerning the permissive approach to prostitution, narcotics, and euthanasia, as well as the legalization of same-sex “marriage,” in Holland. Although the above quotation is taken out of context, it pretty much summarizes the approach of the article.

The article’s author, John L. Allen Jr., who spent a week in Holland, insists that while the Dutch tolerate vice, they don’t necessarily approve of it. Unfortunately for Allen, he undercuts his own argument when he notes: “Anti-gay speech is vigorously policed. When Rotterdam’s Imam Khalil el-Moumni recently called homosexuality ‘a sickness that could destroy society,’ the Dutch Prime Minister termed the language ‘intolerable.’ The imam was summoned by a government minister who explained the norms of civil discourse.” If it’s impermissible merely to say that homosexuality is a sickness that could destroy society, then homosexuality is approved of — and at the highest level of government. Moreover, Allen reports that “the dictionary has been amended to eliminate references to ‘man and woman’ in the definition of marriage.” That’s more than tolerance; that’s Orwellian Newspeak.

More interesting than social policy, for us, is how the permissive climate is affecting the Church. Here one can clearly see how virtue and vice have been blurred — but Allen sees no problem whatsoever. Reports Allen: “Officially speaking, the Catholic church…has opposed all of the recent social innovations…. For the most part, [the] opposition took the form of news releases. There were no marches on the capital, no fire and brimstone from the pulpit, no threats of excommunication, no prominent Dutch politicians disinvited from speaking on Catholic property. The phrase most often invoked to characterize the episcopal response is ‘no fireworks.’ Moreover, Catholics here say that while official policy is clear, at its base pastoral work marches to the beat of its own drum. [Myriam] Steemers [a former advisor to the Dutch bishops] says that many priests are willing to administer last rites to patients who intend to be euthanized, despite an official [Church] ban.”

Let’s stop right there. Suicide is a mortal sin. The patient may or may not know that, but the priest does. If the priest discusses the gravity of the act with the patient and goes ahead with the Last Rites anyway, he is approving of what both he and the patient know is objectively a mortal sin. If he doesn’t discuss the nature of the act, he is failing in his responsibility to be a moral teacher. Either way, he is an accomplice to murder.

The Dangers of 'Cognitive Psychology'

Psychology does not live up to expectations of theoretical discussion. Catholic doctrine is sound and actually “fills gaps” left by psychology.

John Allen insists that while the Dutch tolerate vice, they don't necessarily approve of it.