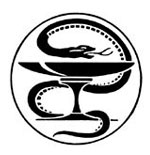 By Elizabeth Hanink | July-August 2015
Elizabeth Hanink has been a nurse for forty-five years and writes a regular column for Working Nurse magazine. She serves on the board of California Nurses for Ethical Standards and the Scholl Institute of Bioethics, a division of International Life Services, a non-profit organization that has been educating the public on how to apply Judeo-Christian values to current ethical and cultural issues since 1985.

“Think of all those ages through which men have had the courage to die, and then remember that we have actually fallen to talking about having the courage to live.” — G.K. Chesterton

Brittany Maynard was a California woman with a rapidly progressive brain tumor who moved to Oregon to take her own life with physician-prescribed drugs. She died on November 1, 2014. Media coverage of her story was largely sympathetic. Washington Post columnist Richard Cohen even made her out to be a heroine of sorts, lauding her “courage” and saying that she “dealt with” her terminal cancer in a “sensible and admirable way” (Nov. 3, 2014). The recurring news reports about Maynard’s decision reinforced the widespread belief that the majority of terminal patients are forced to endure agonizing deaths preceded by months of misery. And so we, in our great mercy, rather than working to lessen the number of patients whose dying comes with great hardship, have glommed on to the idea of helping them die sooner, before the “real agony” starts. To get more people on board, and to persuade insurance companies to cover it, the language surrounding the subject is changing: Physician-assisted suicide is not really suicide, it is dying with dignity; not really killing, but aid in dying. Or so we are trying to convince ourselves.

Although only four states — Washington, Oregon, Montana, and Vermont — have legalized physician-assisted suicide (PAS), polls indicate that support for it is growing. Indeed, there have been over one hundred efforts at legalization across the nation, some legislative (e.g., California), some by popular initiative (Colorado), and some by judicial fiat (Montana). Fortunately, most such efforts don’t succeed. Yet within the past year, Compassion & Choices, the leading organizational proponent of PAS, with its money (over $22 million in assets, some of it from George Soros) and a media-savvy staff, has openly targeted California as the next battleground state. The group promises a ballot initiative in 2016 if legislators reject a current senate bill, the End of Life Option Act, which would authorize an adult who suffers from terminal diseases to “request a prescription…for the purpose of ending his or her life.” Physician-assisted suicide is part of the state’s Democratic platform, and so passage, while not assured, is not unlikely either.

The proponents of PAS are clever and persistent. Compassion & Choices did not spring up overnight, and it won’t be going away anytime soon. It is the direct descendent of euthanasia-advocate Derek Humphry’s Hemlock Society, which he founded in 1980. Humphry’s organization’s old name just began to smell too bad — the association between suicide, or what Humphry called “self-deliverance” in his how-to suicide manual Final Exit, and imbibing poison was too crass. Appealing to “compassion” and “choice” better suits our modern mentality. So in 2003 the Hemlock Society renamed itself Compassion & Choices.

That group doesn’t exist in isolation; its tentacles are far-reaching and it has many allies. As early as 1997 six prominent philosophers (Ronald Dworkin, John Nagel, Judith Jarvis Johnson, John Rawls, Robert Nozick, and Thomas Scanlon) filed an amicus curiae brief with the Supreme Court advocating for a patient’s right to choose death in the case of intolerable conditions. The notorious Peter Singer, a professor of bioethics at Princeton, is a more recent proponent. The board of advisors of Compassion & Choices includes pubic intellectual Amitai Etzioni; former editor of the New England Journal of Medicine, Dr. Marcia Angell; author Judith Krantz; journalist Betty Rollin; and retired Episcopal bishop John Shelby Spong. Dick Cavett was featured in the December 2014 issue of Compassion & Choices magazine. Even AARP has published commentary from Compassion & Choices on the latest fashion of hosting “death dinners” to broach subjects no one wants to talk about (“Discussing End-of-Life Issues Over Dinner,” AARP.org, Oct. 25, 2013). The article describes Compassion & Choices as a “consumer advocacy group,” which is like describing the mafia as an organization that supports family values.

A funny thing happened on the way to OneLife LA, Los Angeles’s first ever pro-life…