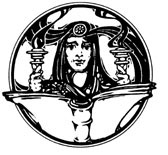 PROMISCUITY IS THE BASIC CAUSE OF ABORTION

By Mattei Radu | May 2004
Mattei Radu is in his first year at the Villanova University School of Law and is the past President of the University's prolife student group, Villanovans for Life. He has also served as the President of American Collegians for Life, a national prolife student group based in Washington, D.C., and worked extensively with Generation Life, a prolife youth group focused on integrating chastity into the prolife movement.

Division has been an unfortunate reality of the American prolife movement (PLM) since its inception almost 40 years ago. Those committed to ending abortion have disagreed on political tactics, direct-action methods, contraception, and the public display of graphic photos of murdered preborn babies. I was intimately involved, while President of the Villanova University prolife group, with another controversial stance: chastity. My advocacy of this virtue was criticized by some of my fellow Villanovans for Life, and by many in the wider prolife movement. The purpose of this article is to examine what is at stake in this intra-movement debate and to ultimately show that those prolifers in favor of incorporating chastity into the fight to end abortion are correct in their position (referred to hereafter as the “Chastity-PLM position”).

It is important to clarify exactly what is meant by the “Chastity-PLM position.” The prolife movement has classically had four pillars: direct action, alternatives (i.e., crisis pregnancy centers), education, and politics. The “Chastity-PLM” argument is designed to convince prolifers of the need to add chastity advocacy as a fifth pillar. This does not mean making chastity education the only focus of the PLM, or even the primary one. Rather, it should be one of five equally important pillars of the PLM, for any one pillar without the others will not crush the monster of child-killing in the U.S.

The central case for chastity advocacy as an essential part of the prolife movement is simply one of cause and effect. A survey of all abortions committed in the U.S. between 1980 and 2000 found that 80.1 percent of all abortions were committed on unmarried women. Promiscuity causes widespread abortion; as such, the only way to truly and finally defeat abortion is by destroying its root cause.

In 1960 the oral contraceptive pill (the Pill) first became available on the U.S. market. Whether for virtuous reasons of not, the vast majority of unmarried people before this time had abstained from sexual intercourse (if they didn’t, the usual course was to marry and care for the child). However, the widespread availability of the Pill facilitated a great revolt against traditional Christian sexual morality. By 1968 unmarried people were having an exponentially greater amount of sex than before.

From "Babies Having Babies" To Babies Hating Babies

Can a mother forget her infant, be without tenderness for the child of her womb?

…
Prolifers: Thanks for the Votes; We'll See You Again in Four Years