Volume > Issue > On the Ethical Treatment of Rape Victims 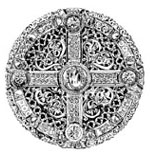 THE PROBLEMS WITH PLAN B

By Joseph E. Kincaid | March 2012
Joseph E. Kincaid, M.D., retired in 2006 after forty years of working in the private practice of internal medicine and endocrinology in Kalamazoo, Michigan. He is a Fellow of the American College of Physicians and has been the Executive Vice-President of Right to Life of Michigan since 1973. He is also the founder of Kala­mazoo Right to Life and Kalamazoo Birthright. His articles have been published in numerous pro-life and medical publications.

This past fall, Seton Healthcare, a division of Ascension Health Network, approved Plan B as routine treatment in fifty Texas hospitals and clinics for victims of sexual assault. A similar situation occurred in Connecticut in 2007 when that state’s bishops reluctantly agreed to accept Plan B as treatment for rape victims in Catholic hospitals, after being coerced to do so by the Connecticut legislature. So once again we are faced with the question as to whether there is an ethical protocol Catholic hospitals can follow when treating rape victims.

Plan B (levonorgestrebpis a progesterone-related hormone that is also called an emergency contraceptive or the “morning-after pill.” It consists of two 75-milligram pills taken 12 to 24 hours apart and within 72 hours of a sexual assault. It is not to be confused with RU-486 (mifepristone) or Ella (ulipristab| which are more obviously abortifacients. The question is: Is Plan B a contraceptive, an abortifacient, or a combination of the two?

Before we continue, it is well to consider the physiology of the egg and sperm. Ovulation generally occurs toward the middle of the menstrual cycle, when the Luteinizing Hormone increases greatly (the LH surge) and, within 12 to 48 hours (with an average of 36 hours), an egg is released from the ovary and begins the journey down the Fallopian tube. The egg is only viable for 12 to 24 hours unless fertilization (the fusion of egg and sperm) takes place. After fertilization, it takes six to nine days for the fertilized egg to implant in the wall of the uterus. Pregnancy tests begin to register positive results six to 12 days after implantation.

Sperm can live three to four days, even up to seven days. The average sperm count is 60 million per milliliter. Sperm travel the cervical mucus in about 90 seconds, with transport time to the Fallopian tube completed within minutes of intercourse.

The elderly and the under-pressure organ donor have reason to distrust the falsely compassionate, as advocates of legalized euthanasia threaten to undermine the foundation of medical care as we've known it.

Immigrants now make up about 20 percent of our seminarians and a majority of our Catholic youth.