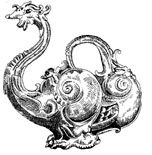 TO DABBLE OR TO DECIDE?

The National Catholic Reporter recently ran a story about the possibility that the Catholic feminist movement known as Women-Church was losing all connection with Catholic tra­dition. The underlying concern was that Women-Church, in its attempts to be inclusive of all women, was becoming syncretistic. That is, it was willing to accommodate many different spiritual traditions on an equal level with Catholic faith and practice. The report said that an upcoming Women-Church con­ference would have, in addition to rituals by witches, rituals led by “Buddhists, American Indians, Quakers and Jewish leaders — as well as by Catholic nuns.”

This syncretistic mentality is widespread in the Church today. Witness the following description of the program of a respected Midwestern Catholic cen­ter for spirituality:

Readings are selected every day from the sa­cred texts of Buddhism, Taoism, Hinduism, and Islam, as well as Christianity. On occasion, ancient festivals of the Celts or Saxons are re­membered, and members dance around a maypole or fire-pit in the fields or forest…. The Chapel is visually stimulating and instruc­tive…. Icons of Our Lady of Guadalupe and the Risen Christ are placed side by side with stat­ues of Buddha, Lord Vishnu and Moses.

The pervasiveness of this spiritual attitude, much influenced by New Age trendiness, challenges the foundations of our Church. At the same time, however, it offers us an opportunity to re-examine those foundations and ask ourselves just what it is that anchors our identity as Catholics.

If Muslim women in India can protest condomania culture, why can't Catholics do the same thing in the United States of America?

Letters to the Editor: January-February 2022

The Crux of the Controversy... Falling Back on Tired Tropes... Doing His Duty?... A Negligible Difference... Profound Implications... Misinformation & a Multibillion-Dollar Vaccine... more