Volume > Issue > The Time of Reckoning for Women's Liberation 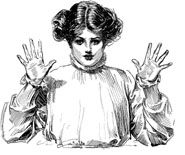 The Time of Reckoning for Women’s Liberation

WE FORGOT THE FUTURE & OUR CHILDREN

By Zoe Deen | May 1995
Zoe Deen is a writer in Lawrence, Kansas, and a mother and grandmother.

Somewhere in the mid-1960s or early 1970s the women’s movement in this country took a wrong turn. We women realized that the jobs traditionally held by men paid higher wages and were accorded higher status than the jobs traditionally held by women — and we quite rightly resented that fact. We were entering colleges in record numbers and having no greater difficulty with the required class work than our brothers and boyfriends. We decided that the solution to the problem of inequality between the sexes was to enter the male-dominated professions.

We could have demanded that the traditional work of women be accorded the respect it deserved, but much to our discredit we joined in denigrating the work of our mothers. We did not realize that helping a child steer a steady course through the tumult of childhood and adolescence to maturity is one of the most rewarding of endeavors. We did not see that building a bridge to span a river and rearing a child to carry forward the work of civilization have much in common. We bought wholesale into a set of beliefs we should have fought when we set off to blaze our individual paths to glory — and left our children in the dust.

We did not realize that all the small incidents — the few minutes of comfort over a scraped knee, the repetitive disciplinary phrases that lead to a child internalizing acceptable modes of behavior, the answering of seemingly random questions — are part of a whole much larger than the parts. We did not understand how caring, educated, and healthy individuals are raised.

When we decided that the work traditionally accorded to women was less important than the jobs men held, we were operating on inadequate data. Men made money. Mothers did not. It seemed so simple. Money was the source of power and prestige. Control of money would lead to personal freedom, which would allow each of us to develop our own potential fully. We did not think of the children we would one day have. We did not consider the nurturing they would need to develop their potential.

Celibacy for men is at least as old as monastic orders. It is a form…

The nation's largest organization of administrators of women's religious orders is also being investigated by the Vatican.