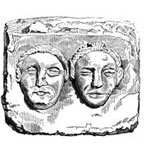 Can Neo-Scholasticism Make a Comeback?

ADAPTING "THE APOLOGETICS OF YESTERDAY" TO TODAY

By James Iovino | January-February 2018
James Iovino has a master's degree in theology from Holy Apostles College and Seminary in Cromwell, Connecticut, and a master's in medieval history from the University of Oxford and the University of St. Andrews in Scotland. His work has appeared in Homiletic and Pastoral Review and the International Philosophical Quarterly.

In response to the challenges of modernism, Pope Leo XIII issued Aeterni Patris (1879), an encyclical in which he gave papal sanction to the rise of Neo-Scholasticism, a philosophical and theological method that came to prominence in the early 19th century. Neo-Scholasticism is characterized by systematic investigation, analytical rigor, clear terminology, and argumentation that proceeds from first principles, chief among them that objective truth is both real and knowable. Neo-Scholasticism came to dominate Catholic philosophy and theology in the U.S. in the first half of the 20th century. It exerted a particular influence on the discipline of apologetics. To counter the chaos of modernism, Neo-Scholastic apologists such as Thomas Walshe, Michael Sheehan, Paul Glenn, and Joseph Cavanaugh aimed to provide Catholics with a confident, stable, and unified approach to the explanation and defense of the faith. Neo-Scholastic apologists saw the Catholic faith as rationally justifiable and its opponents as dangerously irrational, and so they focused their defense on the needs and requisites of the intellect.

The various schools and branches of modernism attacked all aspects of the religious enterprise, not simply one or another particular doctrine, and so the Neo-Scholastic apologists, propelled by encyclicals such as Aeterni Patris, Pascendi Dominici Gregis (1907), and Humani Generis (1950), fashioned a remarkably unified approach rooted in the metaphysics of St. Thomas Aquinas and based on the classical model that first proved the existence of God, and then, building on those arguments, demonstrated the truth of Christian revelation and the authority of the Catholic Church. As a rational apologetics, its arguments relied on external evidences that can be judged by reason alone, rather than motives intrinsic to the human will or the internal message of the Catholic faith.

There is no denying the simplicity and beauty of Neo-Scholastic apologetics, or that certain minds will respond favorably to its rationally persuasive and intellectually sophisticated arguments. However, a deeper look reveals both the strengths and weaknesses of the Neo-Scholastic apologetic approach and also uncovers ways it might still be of service to the Church.

The defining characteristic of Neo-Scholastic apologetics is a series of interconnected arguments that present the Church as the ultimate conclusion to the human person’s most basic intellectual inquiry: Does God exist? With impressive confidence, Neo-Scholastic apologists faced the incoherence of modernism not with ad hoc arguments and undisciplined disputation but with a single, clear, and coherent case for the credibility of the Catholic faith. Perhaps the methodology’s most salient strength is that the specific truth claims of Catholicism are more fully appreciated when explicated within the context of a robust apologetic that not only defends the authority of the Catholic Church but builds on a firm defense of Christian revelation, that not only defends the validity of Christianity but builds on the arguments of natural theology that prove the existence of exactly the sort of God who would provide that revelation.

The reunification of body and soul at the resurrection of the dead will make possible a human perfection impossible without it.