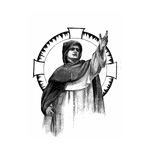 By Robert Barron | July-August 2016
Robert Barron is Auxiliary Bishop of the Archdiocese of Los Angeles and the founder of Word on Fire Catholic Ministries.

There is, in many quarters, increasing concern about the hyper-charged political correctness that has gripped our campuses and other forums of public conversation. Even great works of literature and philosophy — from Huckleberry Finn and Heart of Darkness to, believe it or not, Kant’s Critique of Pure Reason — are now regularly accompanied by “trigger warnings” that alert prospective readers to the alleged racism, sexism, homophobia, or classism contained therein. And popping up more and more at our colleges and universities are “safe spaces” where exquisitely sensitive students can retreat in the wake of jarring confrontations with points of view with which they don’t sympathize. My favorite example of this was at Brown University, where school administrators provided retreat centers with Play-Doh, crayons, and videos of frolicking puppies to calm the nerves of their students even before a controversial debate commenced! Apparently, even the prospect of public argument sent these students running to an updated version of daycare.

Of course, a paradoxical concomitant of this exaggerated sensitivity to giving offense is a proclivity to aggressiveness and verbal violence; for once authentic debate has been ruled out of court, the only recourse contesting parties have is to some form of censorship or bullying.

There is obviously much that can and should be mocked in all of this, but I won’t go down that road. Instead, I would like to revisit a time when people knew how to have a public argument about the most hotly contested matters. Though it might come as a surprise to many, I’m talking about the High Middle Ages, when the university system was born. And to illustrate the medieval method of disciplined conversation, there is no better candidate than St. Thomas Aquinas. The principal means of teaching in the medieval university was not the classroom lecture, which became prominent only in the nineteenth-century German system of education; rather, it was the quaestio disputata (disputed question), which was a lively, sometimes raucous, and very public intellectual exchange. Though the written texts of Aquinas can strike us today as a tad turgid, we have to recall that they are grounded in these disciplined but decidedly energetic conversations.

If we consult Aquinas’s masterpiece, the Summa Theologiae, we find that he poses literally thousands of questions, and that not even the most sacred issues are off the table. The best evidence for this is article three of question two of the first part of the Summa: utrum Deus sit? (whether there is a God?). If a Dominican priest is permitted to ask even that question, everything is fair game; nothing is too dangerous to talk about.

The Cult of Diversity at Providence College

A Catholic college, employing the vague and undefined empty vessel of "diversity," is willingly suppressing its own Catholic culture in favor of an infection with Western sexual obsessions.