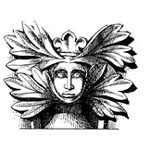 The Cleitophon is the shortest of the Platonic dialogues, one from which we might not expect too much, though it is always dangerous to read Plato and anticipate too little. Socrates barely appears in this dialogue, though he is the subject of criticism. As I like to say, no such thing as a university is possible unless we find there a constant reading of Plato by both faculty and students. Plato is not primarily for specialists. The same thing could be said of Aristotle, Augustine, and Aquinas, but they all knew their Plato. The history of philosophy might be said to be a reading of those who have, whether wisely or not, read Plato. If my criterion is valid, we have very few real universities in the land.

A superb translation of this dialogue, edited by Mark Kremer, was published by Lexington Books in 2004. Titled Plato’s Cleitophon: On Socrates and the Modern Mind, the book also contains three essays by good scholars — David Roochnik, Clifford Orwin, and Jan Blits. What, we might ask, could Plato’s shortest dialogue possibly have to do with the “modern mind,” such as it is? The answer is, I think, surprising.

In his introduction, Kremer writes, “The drama between Cleitophon and Socrates is not unlike the drama of Western civilization itself in its relation to Socrates, and one can see from the relation between Cleitophon and Socrates that Plato anticipated the possibility of modernity and its decline into the postmodern hatred of reason or the affirmation of the will to power. The study of the Cleitophon is a point of entry into the ancient perspective on our modern and postmodern condition.” That passage is quite remarkable and surprises us about what is going on in this brief dialogue. We like to think that modernity is, well, modern, and that no one, least of all Plato, ever thought of its basic principles before. But as we read him again and again, we slowly discover that very little can be found that Plato did not anticipate. There is, indeed, nothing new under the sun.

Recently, I wrote the introduction to St. Augustine Press’s translation of Josef Pieper’s Platonic Myths, a remarkable study. It is quite clear that Plato’s so-called myths, especially his eschatological myths in the Phaedo, Republic, and Gorgias, were designed to get at truths for which he searched but could not quite grasp. Pope Benedict XVI, who often cites Plato, has taken up in his encyclical Spe Salvi the very eschatological questions pretty much as they are found in Plato and reappear in different forms in modern science and ideology. Plato’s foremost concern was whether the world was created in injustice. If it was, the world would be incoherent. The whole issue of the immortality of the soul and its implications, especially regarding the resurrection of the body, finds its initial formulation or realization in the actual political life of men, in which not all crimes are punished nor all good deeds rewarded.

Here is not the Blakean Marriage of Heaven and…

Normal signifies the way things ought to be, according to a fixed moral or divine standard. Average frequently denotes middle in the sense of mediocrity.