Volume > Issue > The Invalid Identification of Contraries With Contradictories 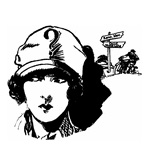 By Donald DeMarco | January-February 2013
Donald DeMarco is a Senior Fellow of Human Life International. He is professor emeritus at St. Jerome's University in Waterloo, Ontario, and an adjunct professor at Holy Apostles College and Seminary in Crom­well, Connecticut. Some of his recent writings may be found at Human Life International's Truth & Charity Forum (www.truthandcharityforum.org).

Atlas Shrugged, Ayn Rand’s magnum opus, might be the most perplexing and infuriating novel ever written. Its publication in 1957 was met with a tirade of scathing reviews from literary critics of diverse temperaments. On the Left, Gore Vidal described its philosophy as “nearly perfect in its immorality.” On the Right, former communist Whittaker Chambers, writing in National Review, said he found it “sophomoric” and “remarkably silly.” “Out of a lifetime of reading,” he wrote, “I can recall no other book in which a tone of overriding arrogance was so implacably sustained. Its shrillness is without reprieve. Its dogmatism is without appeal.” Ruth Chapin Blackmun saw it as a “polemic inadequately disguised as a novel.” Writing in The Saturday Review, Helen Beal Woodward said she found it “shot through with hatred,” an opinion shared by Granville Hicks, who wrote in The New York Times that it was “written out of hate.” A review in Time magazine asked, “Is it a novel? Is it a nightmare? Is it Superman — in the comic strip or the Nietzschean version?”

Atlas Shrugged is 1,084 pages in length (small type, slim margins). It includes a bombastic, authoritarian, and tediously repetitious speech by the book’s hero, John Galt, that goes on and on for an astonishing 58 pages. The speech re-appears in Ayn Rand’s book For the New Intellectual, where it takes up 77 pages in slightly larger type.

Yet Atlas Shrugged has sold more than seven million copies. In 2009 its annual sales reached a high-water mark of 520,000. That same year it ranked #1 in Amazon’s “Fiction and Literature” category. It also took the top spot in a 1998 Modern Library poll. The Ayn Rand Institute donates 400,000 copies of Rand’s works annually, including Atlas Shrugged, to high-school students.

Rand’s book has had a decisive impact on a variety of influential people, including several prominent economists — Ludwig von Mises and Alan Greenspan among them — and an assortment of U.S. political figures. Of particular interest is Wisconsin congressman Paul Ryan, a Catholic who ran for vice president on the Republican ticket in the last election. Although the urban legend has been debunked that Ryan has required all his staff members to read Atlas Shrugged, there is little doubt that Rand has influenced his economic thinking. At a Washington, D.C., gathering five years ago honoring the author, Ryan stated, “The reason I got involved in public service, by and large, if I had to credit one thinker, one person, it would be Ayn Rand.”