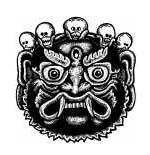 By Carl Sundell | June 2011
Carl Sundell is Professor Emeritus of English and Humanities at Quinsigamond Community College in Worcester, Massachusetts. He currently resides in Lubbock, Texas.

“The devil, the proud spirit, cannot endure to be mocked,” said St. Thomas More. C.S. Lewis and Peter Kreeft, both superb apologists for the Christian faith, have made it possible for us to realize how cleverly the mocking can be done. Many Christians by now have read Lewis’s classic Screwtape Letters (1942) and Kreeft’s more recent Snakebite Letters (1991). Lewis and Kreeft explore the fundamental defect of the Devil: that he is crafty at tempting human beings, but never so crafty as he would like to think. Both books are surely worth a second look on the premise that you cannot defeat your enemy without knowing well his strategy. Indeed, one of Satan’s maneuvers might be to divert us from remembering his tactics.

Lewis created a senior devil named Screwtape whose job it is to train a younger devil, his nephew Worm­wood, in the art of tempting humans (called “patients”). The format of instruction involves Screwtape’s supervision of Wormwood’s efforts and frequent evaluations of his progress or failure by way of letters praising or chastising him.

In the preface to his Letters, Lewis reminds the reader that Satan is not the opposite of God, because God is absolute uncreated good whereas Satan is not absolute uncreated evil. Rather, Satan is the opposite of the archangel Michael, his counterpart in Heaven. Satan is the Father of Lies and therefore cannot use truth, but only wiles (deceptive promises of gain), to reach his goal, which is the enormous growth of the empire of Hell.

Screwtape advises Wormwood to remember that authentic prayer is the most important thing to discourage because it puts the patient squarely in the Enemy’s (God’s) camp. Every distraction must be employed, and the single most effective tactic is to make the patient think he is praying when he really is not. Let him get into the habit of avoiding the learned prayers of his childhood, which are aimed at God, and instead be creative by composing in himself feelings of righteousness, courage, and good will. The very purpose of prayer, which is to lean on God, will be defeated when the patient learns to rely on his own self-congratulating inner sentiments.

If you take a class on or read…