Volume > Issue > A Long Winter or a New Springtime? 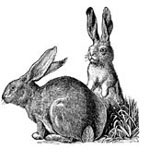 A Long Winter or a New Springtime?

WHAT THE EVIDENCE SUGGESTS

Our country has been in moral free fall for the better part of two generations, especially in relation to the “less developed” nations of the world — Hungary, for example, just adopted a new constitution banning same-sex marriage and protecting human life from conception to natural death. Darkness seems to have fallen over the U.S. in record time. Who can believe that in 1939 movie mogul David Selznick was fined by the Motion Picture Association of America for allowing Clark Gable to utter the word “damn” in Gone With the Wind? Or that the ratio of clergy to laity in those days was twice what it is today?

The news is not all bad, however. Dollar bills still bear the inscription “In God We Trust.” A 2004 Supreme Court decision allowed the phrase “One Nation Under God” to stand in our Pledge of Allegiance — by a margin of 8-0. Congress still opens with a prayer, 82 percent of our countrymen still believe in the divinity of Christ, military chaplaincies have yet to be outlawed, and a campaign against indecency mounted by the American Family Association (AFA) has made impressive headway. Disney stock plunged 13 percent after the company’s name appeared on an AFA list of “worst offenders.” A boycott of Omni Hotels forced the company to remove pornographic magazines and videos from its gift shops, and thanks in part to another AFA initiative, Levi Strauss’s attack on the Boy Scouts for resisting gay leadership led to the closing of half of its plants in North America.

Clearly, there is hope for America, and what holds true for the nation as a whole applies even more to the Church. Despite the seemingly ubiquitous coverage of the clerical sex-abuse scandals (a scourge that cuts across the lines of more religious groups than one would gather from the mainstream media), Catholicism has experienced steady growth in the U.S. Membership has risen from 50 million in 1980 to 77.7 million today, and there have been hundreds of thousands of conversions annually, especially in the American South, long a Protestant stronghold. The number of names on diocesan rolls in Houston, for example, has tripled in recent years, and in 2011, two thousand converts were welcomed by the archbishop of Atlanta who, in addition to building three elementary schools and two high schools, now has 61 men studying for the priesthood, compared to only eight in 1985.

Internationally, the picture is even brighter. There are 300,000 Catholics in Taiwan today, compared with only 9,000 in 1949. In South Korea conversions have occurred at an annual rate approaching the 100,000 mark. Most impressive of all, the number of Catholics in sub-Saharan Africa is growing by the millions, while seminaries in second- and third-world regions are filled to overflowing. Under Bl. John Paul II’s pontificate, vocations rose ten percent every year — except in the decadent West — even as overall Church membership registered a healthy increase, with fifteen million added in a single year (2004).

Letter to the Editor: September 2016

What Is a Pope's Proper Political Role?... An Absurd Fixation... An Article That Shouldn't Have Been Written... Perseverance in Poorly Chosen Vocations... Doing the Opposite... The Folly of the New Hegemony

The middle way, the Catholic way, between selfish heresies acknowledges the prior and ongoing necessity of grace, the life of God.

A review of Person and Community