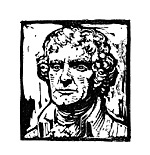 Perhaps, like me, you’ve had the following experience. Mass has just gotten underway. You’re not yet attending to it with your cus­tomary entire heart, soul, and mind. The Con­fiteor begins: “I confess to Almighty God, and to you my brothers and sisters, that I have sinned through my own fault, in my thoughts and….” The words catch you up short; they sound incongruously harsh, given the presid­er’s friendly (non-liturgicabpgreeting, given the sermon you know he’ll be preaching shortly (having heard it so often before), a sermon full of the “accepting” and “compassionate” senti­ments endemic to pop psychology and what often passes for social-justice Catholicism. Sinned through my own fault? Moi?

Or what about this one? You’re away from home one Sunday, attending Mass in an un­familiar parish. “Blessed is He who comes in the name of the Lord!” you say with the rest of the congregation. “Hosanna in the highest!” Without thinking, you lean down and kneel. However, you’re the only one who does. The kindly priest says in soothing words something to the effect that since we’re the People of God, we stand throughout the Eucharistic Prayer. You stand, corrected.

Moments like these are common enough, I suspect. But if I were to say that their source lies in the gnosticism that pervades the American Roman Catholic Church, would you advise me to go join the other “crazies” (accord­ing to Garry Wills, at least) who made up the Buchanan for President campaign? After all, wasn’t gnosticism an early-Church problem, settled by some council or other, and thus a dead issue, like, say, Nestorianism?

Gnosticism was one of the enemies-in-its?midst with which the early Church did intellectual and spiritual battle, but gnosticism has many modern strains. Marion Montgomery, in his book Why Flannery O’Connor Stayed Home (Montgomery’s books are as intriguing as their titles), says modern gnostic thought is “an action of the mind limiting the arena in which the particular mind is willing to encounter being.” The modern gnostic effects a closure of mind, not against reality in its entirety, but against some significant part of it, simplifying it, reducing its complexity, settling for what Eric Voegelin called a “premature satisfaction.”