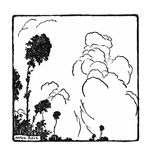 By Casey Chalk | November 2020
Casey Chalk is a senior writer at Crisis Magazine and a contributor to The American Conservative and The Federalist.

“If you want to understand today, you have to search yesterday,” said Nobel Prize-winning novelist Pearl S. Buck. This dictum is appropriate in light of the book that made her famous, The Good Earth, published in 1931. Buck’s portrayal of peasants in pre-revolutionary China sold more than four million copies and was made into a movie in 1937. Scholars have claimed that The Good Earth “demythologized” the Far East for American audiences and even informed American public opinion on China before and during World War II, when the U.S. sent significant financial and material aid to China to combat Japan.

Buck was the daughter of Presbyterian missionaries from West Virginia who took her to live near Nanking when she was only five months old. As such, she was well suited to offer a sympathetic portrayal of rural life in late-19th- and early-20th-century China. “I am an American by birth and by ancestry,” Buck said, but “my earliest knowledge of story, of how to tell and write stories, came to me in China.” After attending Randolph Macon Women’s College in Lynchburg, Virginia, Buck returned to China in 1914, serving as a Presbyterian missionary until 1932. These experiences color the content and themes of The Good Earth with a palpably religious, even biblical, hue — despite the fact that Christianity makes only the briefest of appearances.

The protagonist, Wang Lung, works for a time in a large Chinese city south of his ancestral farmland, earning a pittance as a rickshaw driver. There he encounters a “very tall” foreign man with “eyes as blue as ice and a hairy face” who thrusts into the illiterate Wang Lung’s hands a paper with Chinese characters and a “picture of a man, white-skinned, who hung upon a crosspiece of wood.” Wang Lung, who lacks the context to interpret an image of the crucified Christ, is horrified and conjectures that the foreigner must be the revenge-seeking brother of this dead man. When he gives the picture to his elderly father, the family patriarch declares, “Surely this was a very evil man to be thus hung.” Though the anecdote sheds light on how the Gospel can be perceived by foreign cultures with no exposure to Christianity, readers must delve deeper, studying the arc of Wang Lung’s life, to find biblical themes in The Good Earth.

We first meet the humble, pious, and morally upright Wang Lung as he walks, with a few pieces of silver in his pocket, to buy a wife, a slave woman named O-Lan who works in the great House of Hwang, the local, wealthy noble family. Wang Lung has never met O-Lan, but for a poor farmer with no prospects, she turns out to be quite the catch, despite her relatively unattractive features. The industrious O-Lan, without being asked, labors beside Wang Lung in the fields, cooks meals for him and his father (Wang Lung’s mother being long deceased), and otherwise makes herself useful. When she conceives and bears their first child, she stoically refuses assistance from the local women, despite Wang Lung’s protestations.

The cultivation of leisure, friendship, good cooking, and delightful storytelling are never learned if everyone is too busy or too lazy to be host or guest.