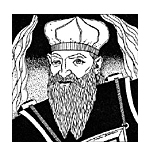 By Casey Chalk | April 2019
Casey Chalk is a graduate student in theology at Christendom College and a regular contributor to The American Conservative. An earlier version of this column appeared at The Federalist (thefederalist.com).

“The Jews are it.” So asserts bestselling author Thomas Cahill in The Gifts of the Jews: How a Tribe of Desert Nomads Changed the Way Everyone Thinks and Feels (1998). Cahill is not one for understatement, employing hyperbolic language across his now six-part series The Hinges of History, which includes the provocatively titled How the Irish Saved Civilization. Cahill’s thesis on the Jews nevertheless rings true, given the impressive impact the Jewish people, their worldview, and their religious texts have had on the course of Western history. Perhaps paramount among the many legacies attributed to the Jews is indefatigable monotheism, the wellspring of the two other major religious traditions of the West: Christianity and Islam.

Yet the story of how Judaism came to be monolithically monotheist is hardly linear. This essential trait of the Jewish people was at several crucial moments on life support, if not effectively in exile. Indeed, the struggle to preserve worship of the one true God lasted for the first millennium and a half of Judaism’s existence, from the time of Abraham to the centuries directly preceding the life of Christ. Then, in the greatest of ironies, just as Israel seemed finally to embrace its worship of the one, true God, a new “prophet” emerged whose teachings and proclamations seemed to undermine, if not directly contradict, this monotheism so vigorously wrought.

The story of monotheism and the Jewish people is a caution to Christians regarding the allure of idolatrous tendencies and polytheistic practices, as well as an exhortation to persevere in extricating those idols from our fickle, easily beguiled hearts. It is also a warning that our adherence to our beliefs — however important they are to our self-identity and preservation — must not harden into an inflexible dogmatism that is unable to recognize or appreciate Christ’s continued directing of His people.

Contrary to some popular accounts, Judaism’s unique monotheistic tendencies were never a dominant, instinctual force driving this peculiar people across the Middle East. Several accounts in the Torah, or first five books of the Old Testament, prove this.

The public square is not naked but clothed by the “woke” ideology of our bourgeois liberal elites. It has its own "church" that pronounces on orthodoxy and heresy.

The Catholic Church in the Crosshairs

It is a cruel irony that, in less than a century, Catholics have gone from being victimized as unwelcome immigrants to being widely perceived as racist victimizers.