Volume > Issue > Your Guide to the Interior Life 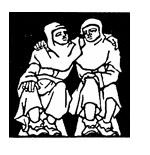 The Imitation of Christ. By Thomas à Kempis.

After having “reconsidered” three books in the Vital Works series (The Spirit of Catholicism, Oct. 2011; The Power and the Glory, June 2013; and Abandonment to Divine Providence, May 2016), I have saved, like the wine at Cana, the best for last — the book that occupies the highest shelf among classics of Catholic spirituality. I am speaking, of course, of The Imitation of Christ by Thomas à Kempis.

I am joined in that opinion by the millions of readers down through the centuries who have made the Imitation the all-time bestselling religious book, second only to the Bible. It has never been out of print since the first version appeared in 1472, and new translations — one of the marks of a classic — continue to appear.

What accounts for such unequaled acclaim for a book that was written for late-medieval monks? That it continues to speak to us today is one of the marvels of the Imitation, which possesses a universal appeal that has been largely immune from the passage of time.

One reason for the book’s continued pertinence is that human nature doesn’t change. The sins and failures about which Thomas warned his monks are ours as well. The world, the flesh, and the Devil still war against our souls, and we still can profit from Thomas’s wise counsel on how to resist them.

Thomas has always appealed not only to Catholics but Christians of every stripe — or of no stripe at all. Matthew Arnold, a 19th-century agnostic English poet and literary critic, called the Imitation “the most exquisite document, after those of the New Testament, of all that the Christian spirit has ever inspired.” For a more contemporary appraisal, the late Benedict Groeschel, C.F.R., a priest and psychologist, wrote, “If we could construct a composite picture of all great Christians — Catholic and non-Catholic — of the last five hundred years who found the Imitation…beneficial, enlightening, and inspiring, we would need no other proof that familiarity with this great classic is an integral part of a mature spiritual life and even a path to holiness.”