Volume > Issue > When No Man Was His Own 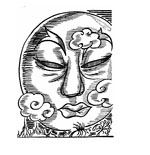 By Ian Hunter | July-August 2016
Ian Hunter earned degrees in political science (B.A.) and law (L.L.B and J.D.) from the University of Toronto. From 1974 to 1996 he was a Professor of Law at Western University. He also taught at other Canadian and English universities and was a visiting scholar at Wolfson College, Cambridge. At Western University, Dr. Hunter was awarded the Gold Medal for Teaching Excellence. He is the author of several books, including a bestselling biography of Malcolm Muggeridge. His most recent book, Telling Lives (2015), is available from Cardinal Books.

The year 2016 is, as British Prime Minister David Cameron recently acknowledged in stolid political newspeak, a significant anniversary: It has been four hundred years since the death of William Shakespeare on April 23, 1616. Who can ever fittingly praise Shakespeare? Only, for my taste, Dr. Samuel Johnson, whose own contributions to the English language bear some comparison:

Each change of many-colored life he drew,
Exhausted worlds, and then invented new.

It is presumptuous, of course, to ask what any particular Shakespearean play is about; all are about life and our haphazard, often lonely journeys through life. This is true of Shakespeare’s comedies, histories, and tragedies, but it is especially true of his late romances. One such late romance is The Tempest, the last play Shakespeare wrote alone (he later collaborated with John Fletcher on Henry VIII and The Two Noble Kinsmen) and one of his shortest. It was first performed at the Globe Theatre in 1611 when Shakespeare was 47.

Dr. Johnson said of another of Shakespeare’s late romances, Cymbeline, that it is impossible to offer any critique that doesn’t devolve into “unresisting imbecility.” The Tempest is not quite in that category, but the plot is threadbare and fantastical. Shakespeare is less concerned with unfolding a story than with unfolding characters. Prospero, the play’s narrator, is a former Duke of Milan and a “prince of power” who has been deposed by his brother, Antonio, and spent the past dozen years exiled on an island. As the play opens, it is Prospero who, “by mine art,” divines his brother’s presence on a passing ship and conjures the tempest and ensuing shipwreck, and it is Prospero who makes sure that none of the sailors aboard are drowned or injured:

Not a hair perished
On their sustaining garments not a blemish
But fresher than before.

Also on board is a royal party returning to Milan after having attended a wedding in Tunis. The party includes Alonso, the King of Naples; Antonio, Prospero’s treacherous brother; a faithful old retainer named Gonzalo; and various noblemen of dubious loyalty and self-evident ambition.

An intense debate, which shows no sign of subsiding, has been ongoing for some years…