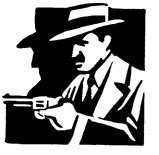 By Joseph Collison | January 1998
Joseph Collison is the Director of the Office of Pro-Life Activities for the Diocese of Norwich, Connecticut, and Chairman of the Board of the Caring Families Crisis Pregnancy Center.

We have laws on the books that prohibit and punish the endangerment, exploitation, and abuse of children and adolescents. So numerous and comprehensive are these laws that they constitute a clear statement by our people that our children are to be protected. But again confusion envelops us. That clear statement of the general will is contradicted by our privileging of the activities of abortionists, eugenicists, and sex promoters, whose work exposes our children to precisely the danger and abuse from which our laws are supposed to protect them.

The license to abort granted by the Supreme Court in 1973 has demonstrably weakened the network of laws protecting the defenseless and immature that had been slowly and steadily built up by our general will. (The much-demanded license to euthanize would unravel it further.) The laws of New York State in this area are like those of other states, and will serve as an example of how the spirit and even the letter of the law are violated with impunity. This examination should help to eliminate any confusion that is not willful. All citations are from the Penal Law of the State of New York (“NY Law”).

The Prolife Movement & the Culture of Violence

Senseless acts of violence should never be answered with any words other than those extended with the love of Christ.

Catholics or non-Catholics who practice contraception but oppose premarital or extramarital sex hold a position that is logically inconsistent.