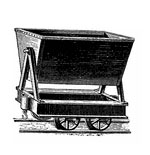 Is It Time to Dump the Term ‘Pro-life’?

FOR THE SAKE OF PREBORN CHILDREN

By Leo Hunt | January-February 2010
Leo Hunt was born in Portugal in 1987 and converted to the Roman Catholic faith in 2006. He is currently finishing his final year of undergraduate studies at Seton Hall University where he serves as "political liaison" for the student pro-life group — with such misgivings as are expressed in this article.

The time is ripe for defenders of preborn human children to face a nearly unbearable fact: The pro-life movement is going to fail miserably. Is it due to the relentless propaganda of the abortion lobby and the embryonic-experimentation lobby? The appalling degeneracy in education, which renders most minds weak enough to swallow it? The stranglehold of a contraceptive and anti-child culture? Evil politicians? Well yes, those things too. But the surest guarantor of failure is the weakness and lack of principle endemic to the pro-life movement itself. In her incisive article in the February 2009 issue of the NOR, seasoned activist Judie Brown, president of American Life League, called for principled political action that focuses on the personhood of the preborn human child, rejecting any and all provisions for the murder thereof. She wisely tempered the recent optimism about a supposedly growing “pro-life” public by pointing out that nearly all Americans tolerate abortion in some cases. To which I would add that a decidedly unimpressive minority seriously opposes potentially abortifacient methods of “contraception,” in vitro fertilization, and experimentation that kills human embryos.

And yet, as Brown anticipated, her call is viewed as extreme or unrealistic by most of the pro-life movement. In the political sphere, most pro-lifers support not politicians who unequivocally champion the personhood of human children, but those who tolerate killing them in fewer cases. We support exception-laden legislation. We throw our energy into half-hearted causes such as conscience clauses or parental notification or mandatory waiting periods, and we allow ourselves to become accomplices in the relativization and trivialization of abortion by describing such measures as “reasonable” and “common-sense.” We have come to believe that the abolition of all child-killing is somehow not reasonable!

But what is worse is that most pro-lifers really do support abortion in cases of rape, or if the child has been diagnosed with a disability, or to safeguard the life or even mere health of the mother. To remain pro-child in these cases is to be branded an extremist. Nearly everyone would rightly condemn a man for running out of a burning building and leaving his wife or child to perish. Yet, to condemn a woman for premeditating the murder of her child to save her own hide is considered insensitive at best, and more often insanely hateful. This truly signals the crippling weight of injustice that feminism has foisted upon our society.

But laments will only take us so far, and we must seriously ask how it has come to this. Could part of the problem be with the very phrase “pro-life”?

Berrigan, in casting his lot with the condemned unborn, stands again accused of high treason for defying legalistic wisdom and the current Zeitgeist.

Dissent affects spiritual life in a way that is analogous to what happens to biological life in the aftermath of an atomic bomb.