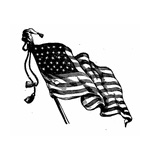 No matter one’s politics, November 8, 2016, was a momentous occasion. The unthinkable — the impossible — had happened: Republican Donald J. Trump was elected by a comfortable margin as the 45th president of the United States. Election Night 2016 will live on in the memories of Americans old enough to understand it — as well it should; it was the political equivalent of a 100-year flood that devastated the political geography of the country. Whether it remains as a lasting realignment or something less, Trump’s election was seemingly nothing short of miraculous — if we define miraculous as those events that defy natural expectation and explanation.

In 2016 the political implications of controlling the presidency were enormous for both major American political parties. In February of that year, Justice Antonin Scalia died unexpectedly in the wilds of Texas, leaving ideological control of our nine-headed Caesar, the U.S. Supreme Court, up for grabs for the first time in a generation. The Senate Republicans’ decision to refuse President Obama the opportunity to fill that vacancy meant that the winner of the November election would not only inherit the enormous responsibility of shaping foreign and domestic policy, which has become almost dictatorial in the age of the administrative state, but he (or she) would immediately have the power to put a lasting stamp on the Supreme Court. Conventional wisdom suggested that Trump’s Democratic challenger, Hillary Clinton, was on the precipice of attaining the political capital necessary to continue the permanent reshaping of America begun by Barack Obama. Moreover, the chance to flip Senate control from Republican to Democratic seemed well within reach.

After eight years of the dramatic cultural impact of the Obama presidency, one might have suspected that Republicans would be especially organized and united in their attempt to wrest executive power from the Democrats. But the bruising fight for the party’s nomination left the GOP bitterly divided, so much so that the “Establishment GOP” was soundly beaten by Donald Trump, a political neophyte and celebrity populist who was part Huey Long, part Gordon Gekko, part Ronald Reagan, and part Patrick Buchanan. Trump challenged the globalist orthodoxy of the Establishment. Much to the chagrin of Republican Senators John McCain and Lindsey Graham, Trump denounced the troika of free trade, unfettered immigration, and foreign wars. Along the way, he presented himself, in an about-face from previous public statements, as a champion of the pro-life cause.

The internecine Republican nominating contest that bled into the general election portended the worst of political outcomes for Trump. No successful candidate has ever been hated by both parties as much as he was. A sizable contingent of Republican politicians and the pundit class (old and new) did everything in their power to derail the runaway freight train that Trump had become during the primary season. Even after he secured the necessary delegates to earn the nomination, Republican “Never-Trumpers” were hard at work devising strategy after strategy to rob him of the nomination. The rupture was painful and real: For the first time since the “Reagan revolution,” the unanimity typical of the Republican Party was broken. Trump survived, but he limped into the general election as a wounded candidate presiding over a fractured party — against one of the best-financed and most-organized candidates in U.S. history in Hillary Clinton. The Establishment GOP eventually and sullenly fell in line behind Trump, but a vocal minority of Never-Trumpers continued to beat the drums of dissent all the way through Election Day (and still do).

Though the Indians held the Black Robes in high regard, one -- above all others -- gained the respect and trust of the Native tribes.

The theo­logical and social perspectives of the “New Right” were developed, challenged, and solidified for the most part within the Baptist culture of the South.