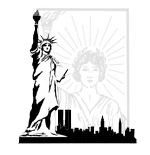 THE CONTRACEPTION MANDATE IN CONTEXT

By Tom Bethell | April 2012
Tom Bethell, a Contributing Editor of the NOR, is the author, most recently, of Eric Hoffer: The Longshoreman Philosopher (Hoover Institution Press, 2012).

The contraception mandate and the furor surrounding it tell us just how much the culture is at odds with the Catholic Church today. Whereas other Christian communions have surrendered — Episcopalians, for example, who signed on to every detail of the sexual revolution, find themselves a dwindling force in American life — the war on Catholic doctrine has redoubled.

The phrase “culture war” as applied to the United States seems to have begun with Patrick J. Buchanan. It is a sign of our times that he was blamed for launching a war by noticing we were under attack. Those interested in the decline of the Church in America over the past fifty years should read his latest book, Suicide of a Superpower, particularly the chapter titled “The Crisis of Catholicism.”

In opening the Second Vatican Council, Pope John XXIII said, “We feel we must disagree with those prophets of gloom, who are always forecasting disaster, as though the end of the world were at hand.” Maybe not the end of the world, but fifty years on it’s clear that the period after Vatican II has been a disaster for the Church. The 58,000 U.S. Catholic priests in 1965 are down to 41,000 today. The 1,575 ordinations are down to 467 today. All this while the U.S. population grew by 60 percent. Mass attendance, then three in four Catholics, has fallen to one in four today.

The U.S. bishops, as the Church leaders in the fight against the contraception mandate, are hamstrung by a Church in decline. They are especially burdened by a legacy of failure — poor decisions and uncertain leadership — left behind by their immediate predecessors and, more often, of their own doing.

Her Mamas Were Prolife