Volume > Issue > Up From Aquarius 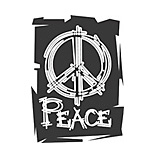 By Kimberly Marie Roth | May 2010
Kimberly Marie Roth has worked as a director of religious education for fourteen years and is currently working toward her master's in theology at Franciscan University of Steubenville. She has written numerous Catholic books and vocation curricula for children, which can be found at www.breadoftheangels.com.

Over the past year we have been hearing about the Vatican investigation into women’s religious orders in the U.S. I have been struck by the outpouring of anger from some of these communities, and I wonder, where is our anger? Where is our anger at these women religious and what they’ve done? Let me make it clear that I am not talking about all women religious, only the ones who — let me see, how can I put this — burn incense, dance around the table, wear priests’ vestments, and, well, you get the idea. I cannot get past the general refusal to see the fruits of the “renewal” of religious life over the past forty-some years. What fruits, you ask? Exactly. Allow me to relate my own personal story.

The date: 1970. The setting: An all-girls Catholic boarding school run by Franciscan nuns. Habits? I’m not sure. O.K., there was some sort of headband thingy and the all-powerful pin. As a community, they were, I guess you could say, elite. The nuns were “moving forward,” “making the change.” The school was in the process of converting to a modular system that was considered very insightful and educationally profound. I was told how exciting it was to be part of this transformation away from a male-dominated, stagnant, and antiquated Church. Although we still had the liturgy — the “celebration of the Lord’s supper” it was called, which always took place in the gym — confession was out, along with devotions, our Blessed Mother, the saints, and the Creed. I don’t recall attending a single catechism or theology class of any kind during my four years there. I was not taught one basic tenet of the Catholic faith.

Even before entering my freshman year at the school, my Catholic upbringing was sketchy at best. Sure, my family and I went to Mass every Sunday, were nice to our neighbors, and never swore. But that’s about it. I do remember that when I was in the fifth and sixth grade, I used to have my dad drop me off for morning Mass before school. I’m not sure why I did that at the time, other than that I loved being in church. I did feel closer to God.

At fifteen years old, I was a wiry, energetic young girl who loved to be silly, dance, and see how many steps I could skip while coming down the numerous staircases at the boarding school. I felt honored when my best friend and I were picked for liturgical dance. Being liturgical dancers, we began, of course, with the Our Father. It seemed so appropriate to swing and sway and lift our hands to our Creator at that moment during Mass. Or so I was told.

By the time I entered my sophomore year, my friend and I had become “part” of the liturgy. One of the best parts, we were told. Looking back, I can see the transformation as I stopped thinking the Mass was holy and started to believe it was entertainment. I stopped thinking about what the priest was doing on the altar (the “community table” as we called it). I don’t think I even understood that Jesus was truly present in the Blessed Sacrament. We were so progressive, and it was time to progress.

How to Eliminate the Poor... You Can Criticize Bad Bishops, But Don't You Dare Criticize the Pope Who Appointed Them... Wise Advice From a Vocations Director... What's Good for the Corporations Is Good for America... Wily Guys... A New Catholic Community... The Beat Goes On... In Vitro Clinics Are Death Camps... A Pox On Both Your Houses... "Relevant Public Authorities"?...