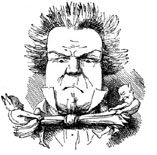 SHOULD WE ASK GOD FOR "TEMPORAL THINGS"?

I’ve been hearing lately, from here and there, surprising pronouncements about petitionary prayer (that is, praying for what we need or legitimately want). The pronouncements come from a variety of sources but seem to have a common theme. Let me list them, from small to large. Our little congregation in the college chapel was told by a Dominican preacher that petitionary prayer is useless since God is already aware of what we want and need, and anyway we can’t change the mind of an unchangeable God. (When I objected afterward, he dodged the argument but said he was glad to know “at least someone was listening.”)

In The Tablet, a British liberal Catholic weekly, a columnist wrote that his faith in petitionary prayer is weakened whenever he thinks about all the unanswered prayers that went up from victims of the Nazis. His reflections inspired several subsequent articles (none of which faced the basic questions squarely or brought up the traditional approaches to these ancient difficulties).

The capper came when I tuned in the “60 Minutes” television show. I and millions of others watched Andy Rooney close out the broadcast by informing America that petitioning God makes no sense because God already knows what we need and, anyway, God is infinite and immutable, so asking God for something is, to say the least, inappropriate. When an oracle of Andy Rooney’s weightiness can read so blithe a dismissal of petitionary prayer from a television cue card in prime time on the Sabbath — well, either petitionary prayer is in trouble or television is.

To be sure that Rooney and my Dominican homilist were not referring to some new teaching on prayer that had escaped my attention, I checked the Catechism of the Catholic Church and found that it states the standard Christian teaching: “When we share in God’s saving love, we understand that every need can become the object of petition” (2633). The words that open the Catechism’s section on prayer are equally emphatic: “The vocabulary of supplication in the New Testament is rich in shades of meaning: ask, beseech, plead, invoke, entreat, cry out, even ‘struggle in prayer.’ Its most usual form, because the most spontaneous, is petition…” (2629).

The Revivification of Sound Christian Philosophy

In 1879, the second year of his pontificate, Pope Leo XIII issued Aeterni Patris, an…