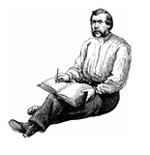 WHAT IS THOMISM & WHY DOES IT MATTER?

By Thomas Storck | January-February 2013
Thomas Storck has written widely on Catholic social teaching, Catholic culture, and related topics. His most recent book is Christendom and the West: Essays on Culture, Society and History.

Although the number of bachelor’s degrees conferred in philosophy in the U.S. is small compared to the number conferred in business or education or the health professions, philosophy continues to hold a recognized place in American university curriculum. In many Catholic institutions, it holds an honored place, its value sanctioned by centuries of philosophic cultivation and by the explicit approval of the Church. But what value does philosophy have? Why, apart from tradition, is its study important? Many consider philosophy to be important chiefly because of its ability to form minds and to make students more rigorous thinkers and debaters — something useful in preparing for other fields, like law. While this might be the case, philosophy does more than that; it allows us to understand reality, to know the truth, and, moreover, to see that the truth is of the utmost importance not only for the life of the Church but for the political, social, and cultural life of the world. These are the real reasons why the cultivation and study of philosophy are of such importance and why it matters that philosophy not only continue to be taught, but that the right philosophy be taught and studied.

Those who value philosophy chiefly as a way of sharpening mental skills usually do not think much about whether or not a particular philosophy might be true or false. Indeed, they may well think that it hardly matters. For if a student must argue one day for Plato and the next for Hume or Kant, surely (so it is thought) he is sharpening his mind and without doubt preparing himself for the realities of a legal career. But if, without denying philosophy’s ability to help us think more clearly, we see its importance as a means of uncovering the truth, then we must be interested above all in the question of whether there is such a thing as a true philosophy, and what it might be.

What do we mean by a true philosophy? All philosophers make claims about reality, sometimes explicitly, sometimes implicitly — claims that often are at odds with one another. To take a few examples, while many philosophers have put forward proofs for the existence of God, the twentieth-century English philosopher A.J. Ayer, in his influential book Language, Truth and Logic (1936), confidently asserts that we cannot make statements about religious truths without talking nonsense. “The sentence, ‘There exists a transcendent god’ has, as we have seen, no literal significance,” he wrote. Other philosophers have denied that we can know the real world outside our minds or know right and wrong. Obviously, students cannot be indifferent to such assertions because they concern important questions for human life and society. But aside from recognizing and condemning philosophic errors, is there anything positive that philosophy can say about reality, about God and the world?

Throughout the history of philosophy, beginning in ancient Greece, there have been multiple philosophic opinions and systems. In the midst of this multiplicity, one philosophic tradition has persisted and, although often eclipsed for a time, has always re-emerged and been elaborated on and developed by new generations of philosophers. This tradition began with Aristotle (384-322 B.C.) and received its most classic formulation in the works of St. Thomas Aquinas (A.D. 1225-1274). One might object that the labeling of Thomas as simply an Aristotelian perpetuates a misconception that scholarly opinion has abandoned. A few distinctions are in order.