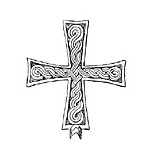 Chinua Achebe was writing about the “clash of civilizations” long before it was popularized by Harvard political scientist Samuel P. Huntington, who predicted in 1993 that “conflict between civilizations will be the latest phase in the evolution of conflict in the modern world.” Achebe, Nigeria’s most highly acclaimed novelist, was born in 1930, during the era of colonial rule. His family belonged to the Ibo tribe, and even before his birth, representatives of the British government, which controlled Nigeria at the time, convinced his parents to leave their tribal religion and convert to Christianity. Achebe himself was brought up as a Christian (his baptismal name is Albert), but he remained curious about the more traditional Nigerian faiths.

In 1958 Achebe published his first novel, Things Fall Apart. This groundbreaking masterpiece (the first in a trilogy) centers on the clash of civilizations between his native Ibo culture and the white Christian missionaries who established the colonial government in Nigeria in the 1890s. In particular, it is the story of Okonkwo, a traditional Ibo warrior and yam farmer who is unable to adapt to changing conditions in the early days of British rule.

One could be forgiven for assuming that Things Fall Apart is a politically correct dramatization of the evils perpetrated by white people on traditional black African culture. After all, the title itself, taken from a line in W.B. Yeats’s 1919 poem “The Second Coming,” suggests that Christian missionaries devalued and devastated the Ibo way of life, causing a collapse of their society. Yes, in the end, readers witness the traditional Ibos capitulating to a powerful new order. Yet, despite the many shortcomings of the British colonialists, this new order, grounded in Christian values and institutions, ushers in not chaos or collapse but a revitalized way of living — especially in matters of justice, family life, and attitudes toward women and children. That’s no popular message in the 21st century. Most of us were brought up to believe that the European colonialists were mere evildoers.

Achebe in no way glamorizes the traditional Ibo tribal life. He chooses the complex Okonkwo as his protagonist, and it is through this tragic hero’s words and deeds that Achebe introduces the world to the Ibo tribe, their animist religion, their values, and their brutally misogynistic way of life. Okonkwo is acclaimed throughout the nine villages of Umuofia as a powerful wrestler and warrior — he’s killed five men and has their heads as trophies to prove it. He routinely beats two of his three wives, has little empathy for his children, and disrespects his own father for being a loafer, a debtor, and, perhaps more importantly, for his love of “gentleness” — seen by Ibo men as a distastefully feminine trait. Okonkwo is by no means gentle.

An intense debate, which shows no sign of subsiding, has been ongoing for some years…