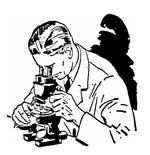 In 1945, at age 29, Walker Percy, an agnostic Southern physician, converted to Catholicism and left his medical career to become a novelist. Even back in the 1940s he had become increasingly disconcerted by the American reliance on science to solve all human problems. Percy was particularly disturbed by the narrow way the medical field described illness — a problem is named; treatment is prescribed — and the increasing reliance on pharmaceutical companies to provide pill-popping solutions to psychological problems. It bothered him that people were being treated like broken machines rather than flawed human beings, and he came to understand that the more we place our trust in science to solve our problems, the more alienated we become from ourselves and from our community.

The ultimate problem, he discovered, is not medical but existential. In 1966 he wrote, “What began to interest me was not the physiological and pathological processes within man’s body but the problem of man himself, the nature and destiny of man; specifically and more immediately, the predicament of man in a modern technological society.” He described this predicament as feeling “lost in the cosmos,” the title of his 1983 mock self-help manual. This alienation, as he understood it, stemmed in part from the pervasive belief that natural science has the truth — all the truth, that something can be called “truth” only when it can be verified by the scientific method.

Percy, however, appreciated that science cannot account for the whole range of human experience — emotions, art, and faith, for starters. He realized that it could account neither for the meaning of individual lives nor for a common morality. So he turned to writing to explore the meaning of life. Each of his novels features an upper-middle-class male protagonist who is in one way or another “lost in the cosmos.” In his sixth and final novel, The Thanatos Syndrome (1987), Tom More is Percy’s thinly veiled alter ego, a disgraced psychiatrist in the throes of just such an existential crisis. Like his canonized 16th-century English counterpart, Tom is an iconoclast. In this sequel to Love in the Ruins (1971), Percy follows in the footsteps of Aldous Huxley to explore what happens when scientific solutions are writ large and become the primary way to solve the problems of society rather than to help individual persons.

Tolle Lege: The Wisdom of the Great Books

When reading great literature, especially the great books, we find the virtues of love and forgiveness front and center.