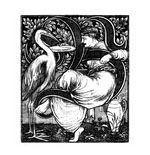 By Anthony Rizzi | May 2013
Anthony Rizzi, who has a Ph.D. in physics from Prince­ton University and a B.S. in physics from MIT, is the founder and director of the Institute for Advanced Physics (www.IAPweb.org). He solved a long-standing problem in Einstein's theory of general relativity. He is the author of The Science Before Science: A Guide to Thinking in the 21st Century, which was made into an EWTN miniseries cohosted by Marcus Grodi; two textbooks, Physics for Realists: Mechanics — Modern Physics with a Common Sense Grounding and Physics for Realists: Electricity & Magnetism; and, most recently, A Kid's Introduction to Physics (and Beyond). This is the second of a two-part series.

Ed. Note: Part I of this two-part series appeared in our April issue.

Human history is filled with things that are crucial in God’s preparing the world for His Son, but the most important ones for our very abbreviated explanation are the Greek and the Roman civilizations. God of course knew from eternity that He would send His Son into the world and knew exactly when the proper time would be. Indeed, He sent men to make key discoveries and to build civilizations that would be linchpins in His plan.

God knew that if the words of Jesus were to be understood and not distorted, there would need to be a sufficiently advanced culture, both intellectually and politically. The Romans provided the great political and material ground needed for Christ’s work and message to be propagated geographically and into the future. The Greeks provided the preamble, the great truths that are accessible to reason alone, which are needed for His message to be properly understood and transmitted.

Of particular interest to us is Aristotle, who was probably the greatest of all thinkers because he established the first principles of our thinking, the general physics, and even coined the word physics. He also showed that knowing the physical world inexorably leads to knowing the existence of God. He was the first to recognize in a clear way that all we learn comes through the senses, and to clearly distinguish and explain the first principles we all learn as children. For example, he gave a rigorous analysis, which concluded in a clear conceptual definition of a physical thing. Seem not very important? The Bible asks how we can claim to love the Father whom we cannot see, if we do not love the brother whom we can see (1 Jn. 4:20). For us, who reside in the most scientifically advanced culture in history, the principle at the base of this statement should be a recrimination to all of us who cannot answer the question “What is a physical thing” and yet seek to communicate the nature of the invisible spiritual life. In short, How can we claim to understand the invisible when we do not understand the visible?

It is no accident, then, that Jesus was born at a time when human culture had reached a peak. No other time or place in the world could claim to have done what Greece and then Rome had done at the point when Jesus, the expected Jewish Messiah and Son of God, was conceived in Mary’s womb.

And the Verdict Is…

“Walk circumspectly, and redeem the time

Because the days are evil,” said Saint Paul.