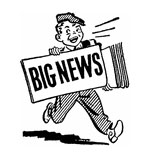 A British advertising campaign aimed at persuading more people to “come out” as atheists was launched in January. Donations totaling more than $200,000 are funding broadside advertisements on 600 buses in England, Scotland, and Wales, as well as 1,000 advertising banners in London tube stations. The principal slogan: “There’s probably no God. Now stop worrying and enjoy your life.” BBC television comedy writer Ariane Sherine, creator of the campaign, told London’s Guardian (Jan. 6) that she hoped it would be “a reassuring alternative to religious slogans threatening non-Christians with hell and damnation.” Although the campaign has created a furor among most Christian groups in the country, a statement from the Methodist Church thanked campaign organizers for encouraging a “continued interest in God.” The theology think-tank Theos also welcomed the campaign, saying it was a “great way” to get people thinking about God: “Telling someone ‘there’s probably no God’ is a bit like telling them they’ve probably remembered to lock their door. It creates the doubt that they might not have.”

According to ABC News (Jan. 2), a new trend among childless American women has them playing house with fake babies. Some women are even going as far as taking day trips with the fake babies to the park, out to eat, and even hosting birthday parties for them. Forty-nine-year-old Linda is married with no children of her own. Now, she says she feels like a mother because she has Reborns — dolls made to look and feel like the real thing. “It’s not a crazy habit, like, you know, drinking, or some sort of, something that’s going to hurt you. It’s like a hobby, and it doesn’t really hurt anybody,” Linda said. These women are paying big bucks for this hobby, from $100 to a few thousand. For Reborn-owner Lachelle Moore, the fake babies fill a void: “What’s so wonderful about Reborns is that, um, they’re forever babies. There’s no college tuition, no dirty diapers…just the good part of motherhood.”

Another new hobby exploding in popularity across the U.S. is do-it-yourself genetic engineering — or, to use the more fashionable term, “biohacking.” Anecdotal evidence suggests that thousands of Americans now spend their free time consulting the Internet, jerry-rigging laboratory equipment, and tinkering with the very foundations of life on earth as we know it. Both promoters and critics of biohacking argue that just about anyone has the potential to construct genes or entire genomes from scratch. Eventually, say experts, such equipment could be sold in kits: a kind of My Little Genetically Altered Lifeform playset for adults. In Cambridge, Massachusetts, an organization named DIYbio is busy setting up a community lab where people can use specialist equipment in order to experiment, for example, with squid genes to make tattoos glow in the dark (The Times, Dec. 27, 2008).

Florida conservatives are fighting a “gender identity” provision added to Gainesville’s anti-discrimination ordinance which now allows the city’s roughly 100 trans­gender residents to use whichever public restroom (“ladies” or “gents”) they’re most comfortable using. Those who support the “transgender protections” accuse their opponents of unleashing a broader attack on the rights of gay, lesbian, and transgender individuals. The National Gay and Lesbian Task Force notes that 108 cities and counties nationwide have similar “transgender protections.” Gainesville City Commissioner Craig Lowe believes anti-discrimination protections for people who opt for a sex change are “good for business” and “foster diversity.” He noted that 433 of the Fortune 500 companies have policies covering sexual orientation and 153 cover gender identity (Associated Press, Jan. 10).