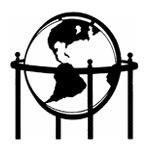 Hundreds of ultra-orthodox Jewish men delayed the takeoff of a transatlantic flight when they refused to sit next to women, and then caused chaos once the plane was airborne. One female passenger described the New York to Tel Aviv flight as “an 11-hour-long nightmare.” During boarding, ultra-orthodox men began asking women to change seats so they wouldn’t have to sit next to them, some even offering the women money to do so. When some of the women refused, the men stood in the aisles, delaying the flight’s departure. The men eventually sat down, allowing the plane to take off, but got back up once it was airborne, blocking the aisles. The ultra-orthodox follow a strict policy of gender segregation and, in Israel, have insisted that women ride at the back of buses (The Guardian, Sept. 26).

A British man whose $16,000 sex-change operation was paid for by National Health Services now wants taxpayers to pony up $22,500 so he can go back to being a man. Matthew Attonley, 30, who took the name Chelsea after his surgery, said it is “exhausting putting on make-up and wearing heels all the time,” and “draining to constantly think about how to walk and speak like a girl.” It would be easier, he now admits, “to stop fighting the way I look naturally and accept that I was born a man physically.” Attonley, who lives on welfare benefits because he is “too upset” over his ordeal to work, feels no guilt about asking taxpayers to foot the bill for the reversion. “I need to have these operations for the sake of my mental health,” he claims. “I need these changes to make me happy and no one should deny me that” (Daily Mail, Oct. 1).

Sister Cristina Scuccia, the singing nun who won Italy’s version of The Voice this summer, has released her debut single: a cover of Madonna’s 1984 pop hit “Like a Virgin.” The 26-year-old Sicilian nun says she chose the song herself, “without any intention to provoke or shock,” but says she’s ready for any criticism she might receive. Far from copying the upbeat tempo of the original version, Sr. Cristina has turned the track into a ballad. And where Madonna’s video showed her writhing around in a Venetian gondola while apparently being pursued by a lion, the nun’s effort is a more sedate affair. Sr. Cristina doesn’t think Madonna has heard this new take on her song. “But I’d love to see her face when she does,” she said, “and when they tell her it’s a nun singing” (BBC News, Oct. 21).

After taking heat from a Florida mom who launched a petition campaign, Toys R Us has pulled four collectible dolls based on Breaking Bad characters from its store shelves and retail website. The cable-TV series, which ended its five-season run last year, chronicles a high-school chemistry teacher who becomes a crystal-meth dealer. The dolls come with a detachable bag of cash and a bag of methamphetamines. The Florida mom’s petition stated that “while the show may be compelling viewing for adults, its violent content and celebration of the drug trade make this collection unsuitable to be sold alongside Barbie dolls and Disney characters” (Associated Press, Oct. 22).