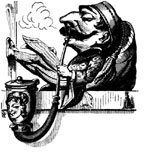 Rose Andrachuk, a Canadian Immigration and Refugee Board adjudicator, decided that a refugee applicant’s knowledge of Catholicism put in doubt his claim to be a convert to the Church, and she did not believe he would face religious persecution if he were returned to China (National Post, Sept. 20). Mao Qin Wang said he became a Catholic in 2007 by joining an underground parish. But after a series of questions, Andrachuk decided he was not the real deal. “I find that the claimant’s level of knowledge of the Catholic faith is not commensurate with someone who has been a Roman Catholic for three years,” she wrote. Ironically, her questions would have tripped up many a cradle Catholic, and Mr. Wang did as well or better than many churchgoers would have done. Mr. Wang was able to explain the rosary and list the seven sacraments and some books of the Old Testament. He was able to describe the liturgy of the Mass from beginning to end, but flubbed a question on the introductory rites.

This October, California governor Jerry Brown signed into law a measure that will allow minors 12 years old and up to obtain, without their parents’ knowledge or approval, vaccinations and other means to prevent them from being infected by sexually transmitted diseases. Named the “Gardasil Bill” after a controversial vaccination some consider dangerous, the measure was vigorously opposed by California’s bishops. On the same day Gov. Brown signed the law that allows children as young as 12 to make their own serious healthcare decisions, he also signed a law that makes it illegal for minors in California to use tanning beds because they are too dangerous (California Catholic Daily, Oct. 10).

Montrealer Paula Celani is in court fighting a fine for attending an “illegal” Catholic Mass. What began as an ordinary gathering of a lay Catholic group in October 2009 ended up violating a bylaw that prohibits “cultic” activity such as “praying, singing religious songs or conducting religious celebrations” (National Post, Sept. 26). Celani had rented two rooms in a city-owned complex for her group to watch inspirational videos, have a potluck lunch, and hold a Mass. Seven months later she received a $144 ticket for having allowed the Mass to take place. No one had warned Celani, or anyone else in the group, that a Catholic Mass is now a legally prohibited activity in parts of Quebec.

The huge cross a 72-year-old widow erected on the front lawn of her California home has infuriated some of her neighbors, who have complained that it is an eyesore that attracts gawkers to their quiet cul-de-sac and hurts their property values. “I don’t understand what my neighbors are so upset about,” the elderly enthusiast told The Contra Costa Times (Sept. 20). “This cross isn’t hurting anyone. It is my way of expressing my love to God and to the world…to bring God’s love to everyone.” The neighbors are not feeling the love. The cross was erected to specific guidelines promoted by the “Cross of Love” movement, whose members claim God told them to build crosses to ensure their salvation. Accordingly, crosses must be 24 feet tall, painted blue and white, with nine-foot-long arms that face east and west. A spokesman for the Department of Building and Safety said inspectors will determine whether the cross complies with Los Angeles zoning rules.