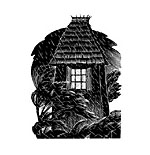 The severed head of a man alleged to be St. Vitalis of Assisi, the patron saint of genital disease, is going up for auction in Ireland this summer. Soon after his death in 1370, word of the Italian Benedictine monk’s sanctity spread due to reports of numerous miracles he performed on those with bladder and genital disorders. According to auctioneer Damien Matthews, it is unclear exactly how his head might have ended up in Ireland, where it has been housed in a wooden case dating from the seventeenth century. Matthews told BBC News (May 24) that the owner of the skull thinks an ancestor brought it back from continental Europe in the eighteenth century. The head sat for many years in the family hall, but was recently uncovered in an outhouse. Matthews said that although he couldn’t be certain it was the head of a saint (and he is undaunted by the prospect of being party to simony), “It’s certainly ancient, and it’s certainly the head of somebody.”

Kathy Witterick and her husband, David Stocker, say they are raising a “genderless baby.” While there’s nothing ambiguous about their four-month-old baby Storm’s private parts, when Storm was born, the couple sent an e-mail to friends and family: “We’ve decided not to share Storm’s sex for now — a tribute to freedom and choice in place of limitation, a stand up to what the world could become in Storm’s lifetime (a more progressive place?).” Witterick and Stocker believe they are giving their child the freedom to choose who s/he wants to be, unconstrained by social norms about males and females. “What we noticed is that parents make so many choices for their children. It’s obnoxious,” Stocker told The Toronto Star (May 21). “I am saying to the world, ‘Please can you just let Storm discover for him/herself what s(he) wants to be?'”

Desperate to get his hands on the latest hi-tech gadgetry, a Chinese teenager responded to an online ad offering cash to organ donors, reports London’s Daily Telegraph (June 3). “I wanted to buy an iPad 2, but I didn’t have the money,” the 17-year-old boy, identified only by his surname Zhen, told Shenzhen TV. So he sold one of his kidneys for $4,000. Zhen, who has suffered complications following the surgery, was unable to hide what he had done from his mother. “When he came back, he had a laptop and a new Apple handset,” his mother said, showing off her son’s scar. “I wanted to know how he had got so much money and he finally confessed that he had sold one of his kidneys.”

The Governors at The Quest Academy in Croydon, South London, are serious about their school’s new “no contact” rule. Dayna Chong, 15, a student at the academy, was thrown into detention after she hugged a female pal one morning, reports the Sun (May 27), while another 15-year-old got into trouble for giving a friend a high-five. “Physical contact between students is not allowed,” a Quest Academy spokesman explained, “because it is often associated with poor behaviour or bullying and can lead to fighting.” Right. Because everybody knows that hugs invariably lead to shoving matches and high-fives to fisticuffs.