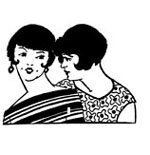 Hundreds of Turkish women have taken to social media, posting pictures of themselves laughing, in protest against the call by Deputy Prime Minister Bülent Arinc for women not to laugh out loud in public in order to “protect moral values” (Reuters, July 30). At a celebration marking the end of Ramadan, Arinc, a cofounder of Turkey’s ruling Justice and Development Party (AKP), said, “The woman should have chastity…. She should not laugh in front of everyone and not be inviting in her behavior. She should protect her honor.” Arinc also lashed out at Turkish soap operas for turning people into “sex addicts”; denounced excessive driving, saying that even if the “Nile was filled with petrol,” there wouldn’t be enough to go around; and slammed the prevalence of cell phones, particularly Turkish women’s “spending hours on the phone to swap recipes.” The Islamic-rooted AKP has been accused of seeking to erode Turkey’s strict separation of religion and state. “From now on,” said Pervin Buldan, deputy head of parliament from the Peoples’ Democratic Party, “we will respond to all statements by Arinc by laughing.”

Tall, dark, and handsome isn’t all it’s cracked up to be. A preliminary study analyzing 3,033 couples over more than 30 years indicates that short men are better husbands and better boyfriends than their taller counterparts. According to the study, short men do more housework, earn a greater proportion of the household income, and are less likely to get divorced. Sadly, gender norms dictate that these gents have limited opportunities to showcase their skills — almost 50 percent of women restrict their online dating searches to taller men, a social phenomenon known as “the last acceptable dating prejudice.” At every age before 45, shorter men marry at a rate 18 percent lower than taller men (The New Republic, Aug. 27).

Students at Ohio State University are being taught that atheists have higher IQs than Christians, according to a report from Campus Reform, a college watchdog organization. A quiz question that was purportedly part of an online homework set for Psychology 1100, a general-education course, stated, “Theo has an IQ of 100 and Aine has an IQ of 125,” and then asked, “Which of the following statements would you expect to be true?” Students were given the following four options: (1) Aine is an atheist, while Theo is a Christian. (2) Aine earns less money than Theo. (3) Theo is more liberal than Aine. (4) Theo is an atheist, while Aine is a Christian. The correct answer was option 1. The anonymous student who first told Campus Reform about the quiz said that the question was unsurprising, considering the anti-Christian bias prevalent at many public universities. “I understand that colleges have a liberal spin on things so it didn’t surprise me to see the question, which is a sad thing,” the student said. “Colleges will tolerate pretty much any religion other than Christianity” (Christian News Network, July 29).

An American concertgoer in Bristol, England, was ejected by fellow audience members during a performance of Handel’s Messiah after he took the director’s invitation to respond to the music with enthusiasm a step too far (The Independent, June 20). Before the performance, Tom Morris, artistic director of the Bristol Old Vic, encouraged the audience to bring their drinks into the standing area in front of the stage, and instructed them: “Clap or whoop when you like, and no shushing other people.” Dr. David Glowacki, a Royal Society Research Fellow, was so overcome during the “Hallelujah Chorus” that he began lurching from side to side with his hands raised and whooping before attempting to crowd-surf. Irritated by the distraction, audience members physically ejected the Bristol University academic from the area, in what Morris claims is the first such incident at a classical concert since the 18th century.