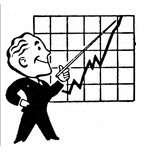 Management at Leshang Decorations Corporation in southwest China has found a new way to “motivate” unproductive employees to hit their sales targets: forcing them to choke down bitter squash in front of coworkers (Daily Mail, July 22). Bitter squash, also known as bitter melon or bitter gourd, is a cucumber-shaped vegetable that is often used in Chinese dishes but is rarely eaten raw due to its intensely bitter taste. At a recent staff meeting, 40 of the company’s 100 employees had to stand up and bite pieces out of the bad-tasting vegetable. Management came up with this new motivational technique after previous methods, including forcing employees to do push-ups or squats or sprint around the office, proved less effective as workers got in better shape. This is not the first time a Chinese company has made news for inflicting bizarre punishments on employees for failing to meet management’s goals. This summer, a video went viral on social media showing staff at a company retreat being spanked with paddles while on stage at a training session.

Need to beat the heat? Thanko, a Japanese company, has just the product for you: An “armpit fan” that it says can keep you from sweating. The miniature clip-on fan, known as an Under the Armpit Cooling Device, allows users to cool themselves down by circulating cold air through their clothes. It can be clipped onto shirt sleeves, the neckline of a long-sleeve shirt, or the waistband of a pair of pants to circulate air to the lower body. The Under the Armpit Cooling Device blows air at three adjustable speeds and can be powered for five to nine hours by two AAA batteries or by a USB cord attached to a computer or a battery pack. The cost? Thirty-five dollars for a set of two fans (United Press International, July 22).

Two men suffered injuries when they tumbled off a seaside cliff north of San Diego while playing Pokémon Go (USA Today, July 14). One of the men fell about 50 feet and the other 80 to 90 feet after they scaled a fence and disregarded warning signs in order to get on the bluff. Pokémon Go, a summer phenomenon, is a game played on smartphones in which animated characters are projected on the screen amid the player’s actual surroundings. The goal is to capture the animated figures. Pokémon Go has been credited with coaxing kids and adults to exercise by having to walk to play, but it also has landed players in hot water: One player reportedly found a dead body in Wyoming, another got stuck waist-deep in a mud pit in New York, two Canadian teenagers were detained by border police after illegally entering the U.S., some have been robbed, and others have become involved in traffic accidents. Pokémon Go has been downloaded more than 10 million times to Apple and Android devices since its July 7 release.

Cover Girl... Hello, Dolly... A Pound of Flesh... For the Love of Meat... Akron Stack Hack... Math: For Mature Audiences Only... Too Cruel for School?... Captain California... Swiss Dismissal... and more