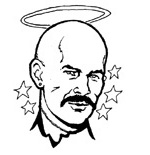 The online magazine Everyday Feminism has begun offering a workshop titled “Healing from Toxic Whiteness.” What, you ask, is “toxic whiteness”? Everyday Feminism answers: “Similar to toxic masculinity, toxic whiteness is something that was created by white supremacy and is not inherent to white people. Like all social constructs, whiteness doesn’t have to be toxic — it’s just that the way it predominantly exists today is indeed toxic.” Further explanation can be summarized thus: Wealthy white people long ago tricked poor whites into joining them in oppressing others. An ad for the free online workshop promises to help you see white supremacy “as something that has caused pain, suffering, and trauma across generations of white people,” and teach you to identify “the four core pains that drive all of the outrage, denial, guilt, and fear preventing white people from taking action for racial justice — including and especially for yourself” (The College Fix, Sept. 11).

This August, Lainey Morse, owner of No Regrets Farm in Albany, Oregon, began offering something called “Goat Yoga” on a trial basis. Yes, it’s exactly what it sounds like: yoga classes with goats. For a suggested donation of $10, participants stretch and pose in Morse’s goat pasture while the ruminants wander around or sit on mats and wait to be petted. It’s proven to be a big hit. In fact, one participant, a cancer patient, was flooded with emotion. “She said she cried through the entire class because it was so healing and just an amazing experience,” Morse said. But working out with goats does come with consequences: they’re used to leaving “little pellets” wherever and whenever they want. That hasn’t been much of a deterrent — this year’s remaining classes are all full, and more than 500 people have signed up for the waiting list for next year’s classes. Morse has begun searching for a larger property with a covered arena so that Goat Yoga can take place all year round (Huffington Post, Sept. 9).

An Australian man is seeking retail partners in the U.S. to help sell his latest product: the “hamdog,” a hot dog/hamburger combination (United Press International, Sept. 21). “America’s a bloody big place; they consume around 50 billion burgers a year,” said inventor Mark Murray. “If we pick up even 1 percent of that market, then that’s still around $2.5 billion a year.” Murray said he came up with the idea for the sandwich, which includes a special bun to accommodate both burger and dog, during a trip to the U.S. in 2004. “I grabbed a burger and a hot dog as I was really hungry,” he said. “I was sitting in the car eating them both at the same time and my wife was looking at me like I was an idiot.” He later took the invention to Shark Tank, Australia’s investment television show, where it was rejected by the judges. Murray has been selling his hamdogs at Australian sporting events for about $6 each.

Passion for Yoga... Christian Un-conventions... The Anglican Open Table... Booty Recall... Dressing Up for School... How to Become a True Socialist... and more ... and more