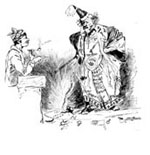 The Church of England has appointed a leading advocate of Christian nudism as bishop of Sherborne (Anglican Ink, Nov. 27). Karen Gorham, who will be consecrated in February at Westminster Abbey, has urged churches to educate their members on naturism, or nudism. “There is need…to remove false taboos which we tend to have about our own bodies,” she wrote in a 2000 pamphlet titled “Naturism and Christianity: Are They Compatible?” Noting that Scripture is silent on naturism, she argued that “Christians are new creations living before God, who need not know that shame which gives nakedness such symbolic potency.” Any “hang up” about the body “being shameful in itself,” she said, is “both morally wrong and mentally harmful.” In naturism, “one realizes that there are no truly private parts.” Although not a practicing naturist at the time of publication, the pamphlet notes that “Karen knows and supports many naturists.” The Rt. Rev. Nicholas Holtam, bishop of Salisbury, said that “Karen’s appointment is good news” for the Church of England.

A Canadian man has left his wife and seven children to begin a new life as a six-year-old girl (New York Daily News, Dec. 12). Stefonknee (pronounced “Stephanie”) Wolschtt, 52, had been married for 23 years when he began believing he was transgender. “I can’t deny I was married. I can’t deny I have children. But I’ve moved forward now and I’ve gone back to being a child,” he said. Wolschtt’s wife, however, could not accept him as a transgender woman, telling him either to “stop being trans or leave.” So Wolschtt left, saying of his wife’s ultimatum, “Stop being trans wasn’t something I could do; that’s like telling me to stop being 6-foot-2 or leave.” Wolschtt now lives with an adoptive “mommy and daddy” who are “totally comfortable” with him acting like a little girl. Wolschtt dresses in children’s clothing, colors in coloring books, and does kid stuff with his new adoptive parents’ grandchildren, including a real seven-year-old girl.

Laurel, Mississippi, has launched a campaign urging citizens to be more mindful of how they appear in public by posting a series of signs asking them to “pull up your pants” because “no one wants to see your underwear” (Breitbart.com, Nov. 18). Police Chief Tyrone Stewart was on hand for the posting of the first sign outside the municipal court building. “On a weekly basis, you see these young people coming to court, and the way they’re dressed with their pants hanging below their buttocks, and you have to have one of the personnel here to tell them to ‘pull up your pants before you come in the courtroom.’ That’s disturbing because that’s something these young people should have learned at home,” he said. The city, which plans to post more such signs at other facilities, has no ordinance against saggy pants, but councilmembers are looking into drafting such a rule. Some think the bans are “racist,” and the American Civil Liberties Union has protested such ordinances, calling them an “affront to the Constitution.”