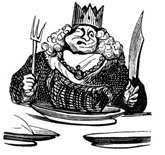 These Aren’t the Zebras You’re Looking For

An Egyptian zoo insists it did not paint a pair of donkeys to look like zebras (CBS News, July 27). Cairo’s International Garden became a target of ridicule after an Egyptian student, Mahmoud Sarhan, posted images on Facebook of the suspicious beasts. Sarhan said that the zoo’s two zebras were obviously donkeys painted black and white, a view that has since been embraced by online animal experts. However, zoo director Mohamed Sultan told a local radio station that the zebras are real, and he dismissed Sarhan’s claims. This would not be the first time a zoo has painted donkeys to look like zebras. In 2009 a zoo in Gaza did the same thing, saying it could not procure real zebras due to an Israeli blockade. “The first time we used paint but it didn’t look good,” the zoo’s proprietor said at the time. “The children don’t know, so they call them zebras and they are happy to see something new.”

Myrtle Beach is now home to the world’s first real-life, full-service Kwik-E-Mart, a convenience store from the animated TV show The Simpsons. The store sells Simpsons memorabilia as well as food items from the show like Squishees and Lard Lad Donuts, along with Duff-branded, non-alcoholic energy drinks. Mark Cornell, senior vice president of attractions development for SimEx-Iwerks Entertainment, said the South Carolina city is “the perfect first place” for a Kwik-E-Mart. The first family to enter the replica store demonstrated the devotion fans have to the longest-running primetime scripted series on TV. “A 64-year-old grandmother, her son and daughter-in-law, and their three children,” Cornell said. “They were all sort of arguing about who were stronger fans, but to see three generations walk through the door that all love The Simpsons, how can you say that about anything else?” The store will eventually be the exit point for the Aztec Theater scheduled to open next door later this year. The theater is also from the show and will host a 4D Simpsons movie (WBTW.com, Aug. 19).

In a first-of-its-kind case, the Delhi High Court in India has ordered social-media companies to take down posts that allege that Kurkure, a popular corn-puff snack, contains plastic (International Business Times, July 27). PepsiCo India Holdings Pvt. Ltd. filed a suit alleging that the spread of “fake and defamatory content” had damaged the brand’s reputation, and it presented the court with a list of 20,244 Facebook posts, 3,412 Facebook links, 562 tweets, 242 YouTube videos, and six Instagram links. The food and beverage maker has begun working with social-media companies to ensure that they are complying with the court order to block any posts, memes, or other content that say Kurkure contains plastic. PepsiCo sought the court’s intervention after videos emerged online alleging that consumption of its popular snack would lead to death.