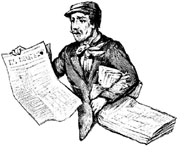 Anglican Church of England leaders have warned that calling God “He” encourages men to beat their wives. They told churchgoers they must think twice before they refer to God as “He” or “Lord” because it could lead to domestic abuse. In new guidelines for bishops and priests on such abuse, they blamed “uncritical use of masculine imagery” for encouraging men to behave violently toward women. They also warned that clergy must reconsider the language they use in sermons and check the hymns they sing to remove signs of male oppression (Daily Mail, Oct. 12, 2006).

A Catholic priest who conducted a funeral service for his pet dog has been removed from the priesthood by the Archdiocese of Malta. In an interview with It-Torca, Fr. Vincent Sciortino fuelled the controversy when he said that Catholics should believe that animals have souls and go to Heaven. He added that the Archdiocese should invite the Catholic faithful to bring their domestic animals to Mass (Di-ve News, Sept. 15, 2006).

For teenage girls who chafe at clothing rules for midriffs and cleavage, “attitude shirts” offer a chance to be provocative without being revealing. One popular merchant of these suggestive shirts is Hollister Co., a chain owned by Abercrombie & Fitch. Its shirts say such things as “two boys for every girl” and “flirting my way to the top.” Others read: “yes, but not with u!” and “your boyfriend is a good kisser.” Administrators in suburban Washington, D.C., high schools said evaluating the shirts can be awkward because the words are usually printed right over a student’s breasts. “We have so many dress codes or whatever,” explained Ashli, 17, a junior at Eleanor Roosevelt High School in Greenbelt, Maryland. “So the T-shirts are like us rebelling against the teachers and principals because we can’t wear what we want” (Washington Post, Sept. 27, 2006).

The Anglican Church of England is offering a speed-dating-type service to help lapsed Christians find the church of their dreams. Representatives of 10 churches will meet potential converts in a hotel lounge. They have five minutes with each of them, one-on-one, to try to sell them their particular place of worship and brand of Christianity. The event is aimed at “young people toying with returning to church but far too busy to find one that suits them.” Anglican Bishop Lee Rayfield of Swindon, England, said his speed-dating service gives people “a chance to see if there is any chemistry between them and a church” (Daily Telegraph, Oct. 5, 2006).

What Would Jesus Drive?... Reprieve for the Atheist Minister... Sinead O’Muslim... Nothing but a Number?... Not Your Tranny Granny... You May Now Kiss the Hologram... Scouts’ Dishonor... The Young & the Voteless... A Child Shall Lead Them... King’s Crossing... Get Your Grub On... The Essence of Cockroach... Eggsploitation... How the Mighty Have Fallen... more